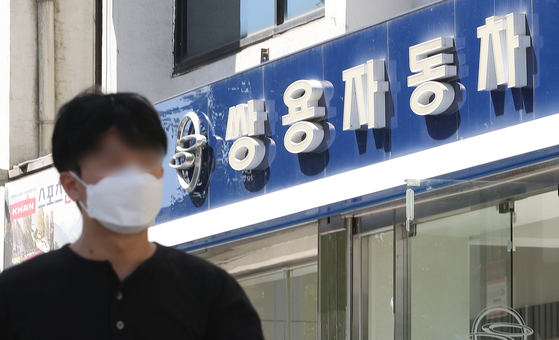 Three companies participated in the main bidding to buy SsangYong Motor, compared to 11 companies that showed interest when the company was put up for sale in July.

Samra Midas (SM) Group and Cardinal One Motors, which showed an interest in SsangYong and were considered strong contenders, didn't bid. K-pop Motors also backed out.

"Out of 11 investors that showed an intent to acquire SsangYong Motor, seven rolled out due diligence and three participated in the bidding," SsangYong Motor said in a release Wednesday.

"A preferred bidder will be selected after carefully going over the companies' funding as well as their capacity to lead stable growth of SsangYong Motor."

EY Hanyoung, which is overseeing the sale, will go over the bids and select a preferred bidder by late September. Another due diligence process will take place for two weeks at that point. If the process goes smoothly, SsangYong Motor is expected to get a new owner by November.

Edison Motors, an electric bus manufacturer based in South Gyeongsang, formed a consortium with the Korea Corporate Governance Improvement (KCGI) fund and Keystone Private Equity fund along with two other financial investors.

A total of 1 trillion won is estimated to be needed to acquire SsangYong.

SM Group did not participate in the bid reportedly because it concluded that SsangYong is not fully prepared to become an electric vehicle manufacturer.

SsangYong Motor has been posting net losses every quarter since the fourth quarter of 2016. Last year, it reported 504.3 billion won in net losses. The SUV-focused carmaker was put under court receivership in April after its Indian parent Mahindra & Mahindra refused to inject new funding.

It is the second time for SsangYong Motor to put under court receivership after going through a similar procedure in 2009 in the aftermath of the global financial meltdown.