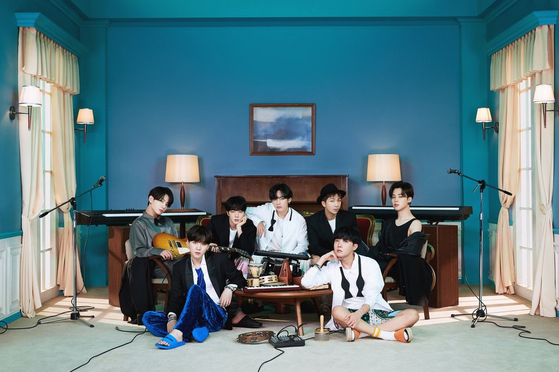 In the same year, "Skool Luv Affair Special Addition" was released, which added songs such as "Miss Right" and a remix of "I Like It.”

"Skool Luv Affair Special Addition" was recently re-released after it ranked as the No. 1 “album that should be released again" on Weverse, an online fan community-mobile commerce platform, in August.

The agency received preorders from Sept. 8 to Oct. 13, and the album made it onto the chart this week.

Having ranked No. 1 for three weeks and No. 2 for four weeks on the Hot 100 singles chart, the track has remained in the top 10 for nine straight weeks.

BTS is scheduled to release its new album "BE" on Nov. 20.