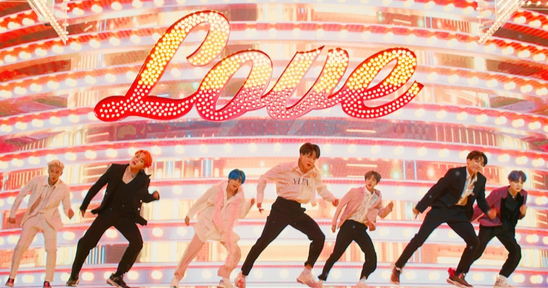 According to the agency, "Boy With Luv" hit the 800 million view mark at 5:28 a.m. on Thursday morning, a year and two months after it was released as the lead track of the band's EP "Map of the Soul: Persona" in April last year. 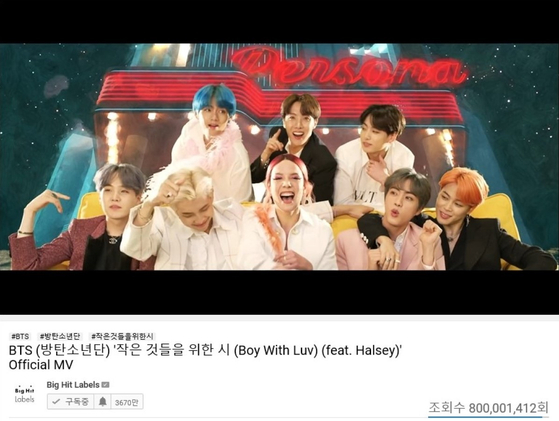 "Boy With Luv" stormed international music charts with its sugary sweetness heightened by pop singer Halsey's voice as the featured artist, who also joined BTS for its performance at the 2019 Billboard Music Awards.

The band bested its own record when "Boy With Luv" peaked at No. 8 on the Hot 100 chart and remained on the chart for eight weeks.