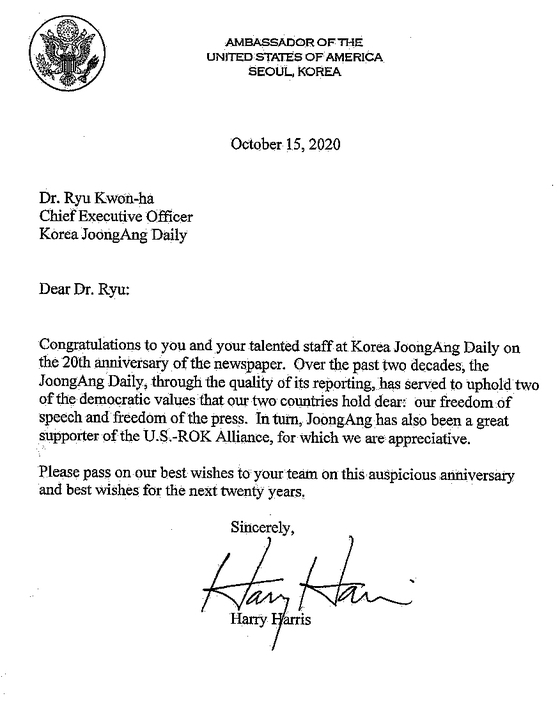 U.S. Ambassador Harry Harris sent a congratulatory letter, above, to the Korea JoongAng Daily to mark the newspaper’s 20th anniversary. He wrote, "Over the past two decades, the JoongAng Daily, through the quality of its reporting, has served to uphold two of the democratic values that our two countries hold dear: our freedom of speech and freedom of press."