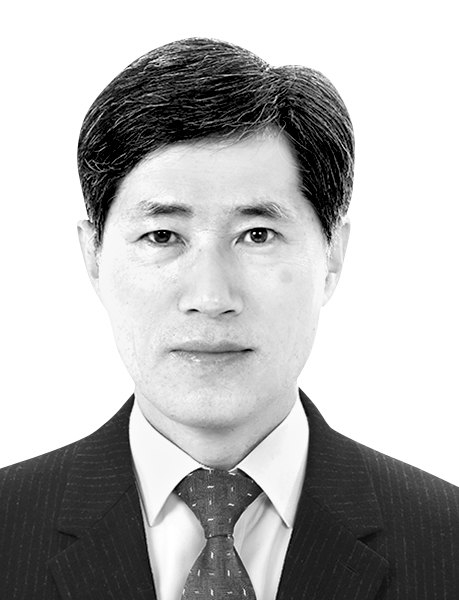 Jeong Hae-yong
The author is a professor of nuclear engineering at Sejong University.

On Oct. 20, the Board of Audit and Inspection (BAI) released an inspection report on the Korea Hydro and Nuclear Power’s 2018 decision to shut down the Wolsong I nuclear reactor earlier than scheduled. The inspection had begun after the National Assembly formally asked the BAI in September 2019 to dig into the legitimacy of the shutdown — and the announcement of the results of the inspection was eight months overdue. Behind that delay was political conflict over the Moon Jae-in administration’s nuclear phase-out policy.

In its report, the BAI said that the economic advantage of keeping the nuclear reactor alive was “unreasonably devalued.” Yet it mentioned nothing about the evaluations of safety and public acceptance of the reactor, effectively falling short of drawing any conclusions about the nuclear phase-out policy itself.

The report drew mixed reactions. Supporters of the nuclear phase-out policy argued the government should accelerate its renewable energy drive, whereas opponents saw it as the last chance to save nuclear power and called on authorities to put the brakes on its phase-out plan.

The nuclear phase-out issue has long been a political football, but deciding the national source of future energy requires rational thinking. On top of economic effectiveness and safety, the government must also consider stable energy supply and energy security to prepare for any unexpected crises that may arise down the road.

The government must search for a way to effectively and safely harness all of its usable resources, including coal thermal power, natural gas, nuclear power and solar and wind power. It may seem like a simple task, but in reality, it is far from so. Coal is relatively cheap, but it releases loads of fine dust and emissions. Natural gas is cleaner than coal, but it still emits high amounts of pollutants, not to mention that it’s relatively costly and could raise supply problems. 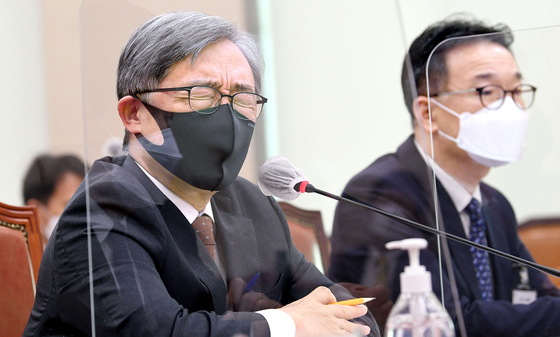 Choi Jae-hyung, head of the Board of Audit and Inspection (BAI), listens to questions from lawmakers in the Legislation and Judiciary Committee’s regular audit of the government watchdog agency on Oct. 15. Choi said he had never seen such strong resistance from officials against the BAI’s audit of the government’s plan to phase out nuclear reactors. [OH JONG-TAEK]

In case of emergency, nuclear power can stably produce power for at least a year — and it’s cheap — but there is the risk of radiation leaks. Solar and wind power are both clean energy sources, yet they have adverse impacts on the natural environment, and have limits in timely supplies.

Each energy source has its pros and cons, which is why it is pertinent for the government to establish an energy plan that best fits Korea’s circumstances. For the government to reach that goal, it should hold active discussions with experts and win a public consensus.

Over the past four years, the Moon Jae-in administration has pushed through an energy transformation policy that is unrealistic — and difficult to turn into an efficient and stable power system. Moreover, the policy has not even gone through a reasonable, democratic decision-making process.

It is hard to agree with the administration’s excessive concerns about the safety of nuclear energy, from which the whole nuclear phase-out idea is derived. We already have top-quality technology to safely run our nuclear power plants.

The need to develop nuclear energy as an essential energy source is growing more than before, as it can guarantee safety, economic effectiveness, energy security and a stable supply amid the vagaries of climate change and international politics.

The core mission of the government’s energy transformation initiative is sharply reducing the use of fossil fuel and nuclear energy, while increasing the use of renewable energy and natural gas as the main sources of energy. Of course, the government is taking the right path by trying to use more renewable energy, but it should have devised a concrete plan to realize its envisioned goals first.

Before changing our main energy sources, we must sufficiently overcome the limitations of solar and wind power, in part by developing safe energy storage technology, minimizing harmful impacts on the environment and gaining public consent.

The government must refrain from overreliance on solar and wind energy before thoroughly considering Korea’s circumstances. Instead of going all-out on renewable resources now, the government should search for ways to safely blend nuclear power and renewable energy.

Korea should invest in innovative nuclear technology like the United States and France, and prepare for future energy needs — both of renewable and nuclear power.