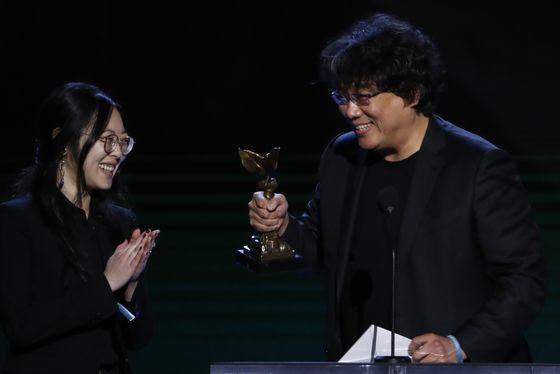 
Bong Joon-ho's translator, who became an instant global sensation when the director of "Parasite" won the Academy Award earlier this year, received the YoungSan Diplomat Award on Wednesday for her role in enhancing Korea's international image.

Choi Sung-jae, better known as Sharon Choi, is not a professional translator, but she charmed audiences with her precise yet witty interpretations that managed to convey the ideas and capture the character of the enigmatic Bong.

Clips of Choi's online interview with Canadian-American actor Sandra Oh on the subject of BBC drama series "Killing Eve" became a viral hit recently for her insightful questions not only about the story but also social issues. The interview, supposed to go for 15 minutes, was extended to 40 minutes. 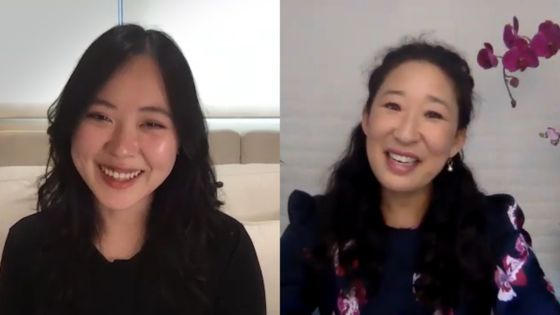 
The YoungSan Diplomat Award is annually presented by the Seoul Forum for International Affairs to recognize a public official and a civilian for their contributions to Korea's image and the country's diplomatic interests.

According to Ministry of Foreign Affairs, Choi and Kang Hyung-sik, the head of foreign ministry's international safety management bureau, are the winners of the 12th YoungSan Diplomat Award. Kang, also known as the "Invisible hand" for managing the country's responses to global incidents and recently to the coronavirus pandemic, was recognized for having contributed greatly to the repatriation of Korean citizens stuck abroad.

Foreign Minister Kang Kyung-hwa will attend the ceremony and congratulate the recipients.