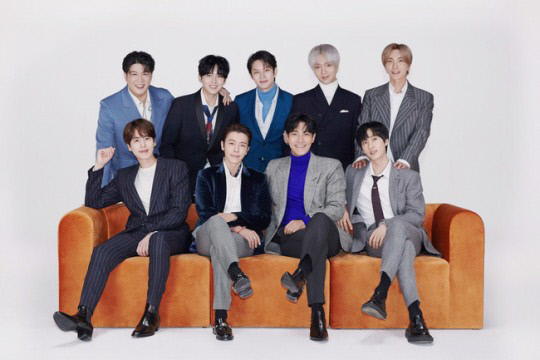 
Boy group Super Junior will release a teaser video of its early release song “The Melody,” from its upcoming regular album Monday.

At 6 p.m., the video will be released through YouTube and NaverTV SMTOWN channel and will feature photos and footage of the members, from the past and present.

The new song “The Melody” is about how thankful the members are for each other, the past 15 years as one team, and their hope to continue to sing and perform together.

The song “The Melody,” as well as its music video, will be released on Nov. 6 at 6 p.m., which is also the 15th anniversary of the group's debut.

The 10th regular album is scheduled for release some time in December.

All 23 members of NCT getting together