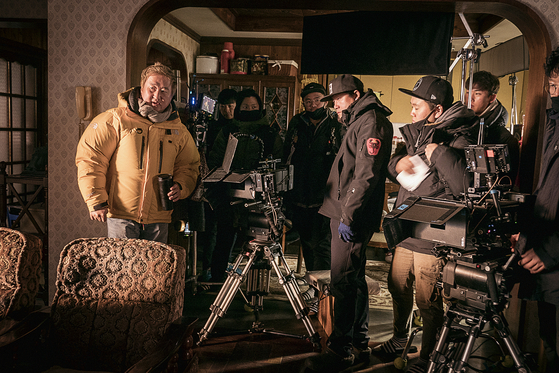 Director Lee Hwan-kyung, left, and the production team of "Miracle in Cell No. 7" (2013) have joined forces again after seven years to produce "Next Door Neighbor" (translated), which will hit theaters this month. [LITTLE BIG PICTURES]


It’s been seven years since director Lee Hwan-kyung and the production team of the comedy-drama flick “Miracle in Cell No. 7” experienced the miraculous feat of exceeding 12 million viewers, only 46 days after its release.

Surpassing 10 million ticket sales is a milestone for the local film industry and regarded a great feat as it means over one-fifth of the entire population went to see the film.

Director Lee and the production team have joined forces once again to work on a new film “Next Door Neighbor" (translated), which is scheduled to hit local theaters this month.

Will there be another miracle for director Lee?

Oh plays a politician under house arrest while Jung plays an agent who goes undercover as the politician’s next door neighbor so that he can keep him under surveillance and wiretap him and his family twenty-four-seven.

The exact date of its release has not yet been decided.