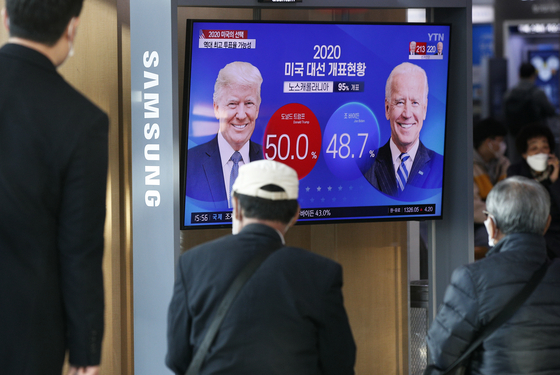 Trump prematurely declared victory in a late night press conference despite millions of votes still being tallied, claiming, “Frankly, we did win this election,” and went onto suggest election fraud, saying he would take any challenge to the Supreme Court.

Biden urged supporters to “keep the faith” earlier Wednesday and said that he believed "we're on track to win this election,” noted counting “may take a little longer.”

While Biden was leading the Electoral College count in the early stages, no victory was clear as vote counting was still going on in important states, including Arizona, Pennsylvania, Wisconsin and Michigan.

Whoever wins a majority of 270 Electoral College votes or more will become the next U.S. president, and it was unclear as of the newspaper’s closing time Wednesday evening who was in the lead. An unprecedented number of mail-in ballots was likely to prolong the tallying process.

More than 101 million American citizens voted early, a record, and some 150 million, or 62 percent, of the roughly 240 million eligible American voters were projected to cast ballots this year, the highest turnout since 1908.

Financial Services Commission Secretary General Kim Tae-hyun said Wednesday, “Amid the continued Covid-19 situation and the aftermath of the U.S. presidential election, the volatility in the financial market may increase for the time being.”

He noted that “there is a chance of legal disputes” as mail-in votes continued to be tallied, and expressed “concern that an election result may not come in early.”

Korean First Vice Minister of Economy and Finance Kim Yong-beom said, “In case uncertainties over the U.S. presidential election continue for an extended period of time, we will be on alert and be prepared to respond to external risks and volatility in the financial and foreign exchange markets.”

In August, Seoul’s Ministry of Foreign Affairs launched an internal task force led by First Vice Foreign Minister Choi Jong-kun as part of efforts to monitor and analyze policies of the U.S. presidential candidates and their possible impact on Korea — and to be prepared for whatever the election result may be. Foreign Minister Kang Kyung-wha is expected to make a visit to Washington soon, according to officials, after a scheduled visit to Seoul by U.S. Secretary of State Mike Pompeo last month fell through.

U.S. Ambassador Harry Harris said Wednesday in a video message, “Whatever the outcome of the election, I'm confident that we'll have a leader that values the U.S.-[Republic of Korea] alliance, and he's prepared to work together to maintain its strength into the future.”

He noted that the two countries “are bound together in countless ways, to our militaries and economies, our experiences, our values, including our commitment to democratic principles, and most importantly through our people.”

“I think the United States is really kind of wrestling to see what happens, and if there is either a second term or a transfer of power and will both of those scenarios be peaceful,” Meena Bose, a political science professor and executive dean for public policy and public service at Hofstra University, told journalists Monday in a virtual reporting tour organized by the U.S. Department of State Foreign Press Centers.

“To a certain degree, I guess I would say the campaigns have the right to contest disputed results," she continued. "We saw that in 2000, of course. There is always a possibility that a dispute could go from state courts to the Supreme Court, as we saw in 2000.”

The “safe harbor” deadline, which guarantees that a state’s resolution of outstanding issues will be accepted by the U.S. Congress, is on Dec. 8. On Dec. 14, the electors will cast ballots for the president and vice president and Electoral College votes are expected to be announced in Congress on Jan. 6.

“The ‘safe harbor’ deadline is established basically to provide a window before the electors go to their state capitals,” Bose said. “The great question here really was, 'What happens if a state is not finished counting?' And this was an issue in 2000 in Bush versus Gore. Could states take longer? That would get very complicated. […] If states are not meeting the deadline [by Dec. 8], it's because there is a question about how the votes are being counted or the results have been contested.” 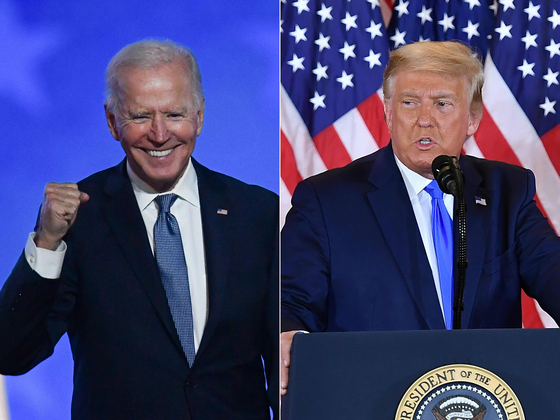