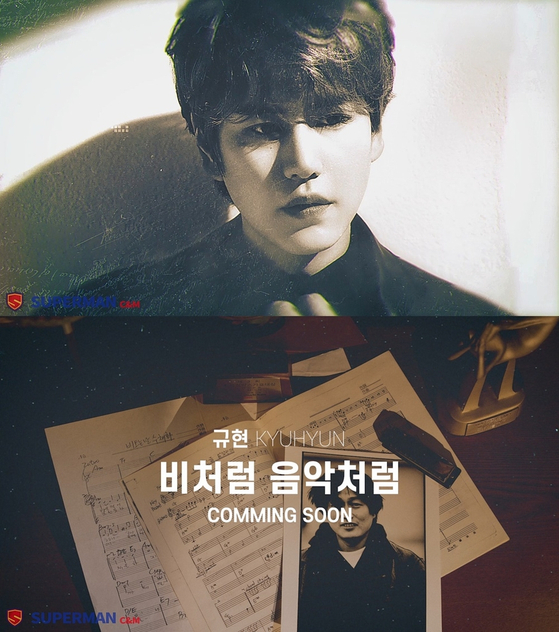 Prior to releasing the album, Superman C&M announced that the remake version of "Like Rain, Like Music” by Kyuhyun will be prereleased via local music sites on Nov. 7.

Along with Kyuhyun, 10 other talented singers will participate on the tribute album. The rest of the lineup will be revealed one-by-one.

"Like Rain, Like Music" is a song from Kim's third album released in 1986. The simple yet heartbreaking lyrics and Kim's unique tone touched many listeners.

Kyuhyun debuted as a member of Super Junior, but is also known for his solo career. He previously released three successful ballad-filled EP’s, “At Gwanghwanun” in 2014, “Fall, Once Again” in 2015, and “Waiting, Still” in 2016.

"Kyuhyun’s ‘Like Rain, Like Music’ will have a different charm with his soft voice and modern sensibility," Superman C&M official said.