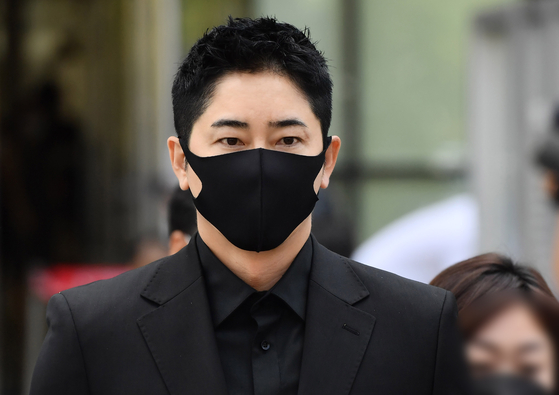 
The Supreme Court on Thursday handed a two-and-a-half year suspended prison sentence and three years of probations to actor Kang Ji-hwan, 43, after he was found guilty of sexual assault.

Kang was arrested in July last year after he was accused of sexually assaulting one employee of his agency and groping another during a company party at his home in Gwangju, Gyeonggi.

The prosecution asked the court in November to sentence Kang to three years in prison. The district court of Suwon found Kang guilty of sexual assault and sexual harassment in December and issued him a three-year suspended sentence, 120 hours of social work, 40 hours of counseling, and three years of restricted employment.

Both Kang and the prosecution appealed, leading to the second trial at the high court.

The higher court confirmed the first ruling. Kang appealed again and the case was sent to the Supreme Court, which upheld all the decisions made by the previous court, saying that the testimony of the victims has been consistent throughout the trials.