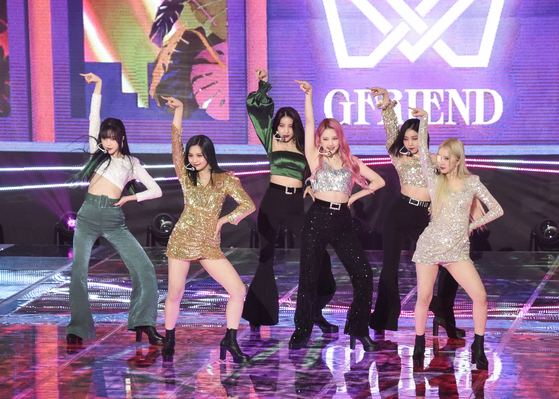 GFriend performs its new track ″Mago″ for the first time during its showcase for its new album ″Walpurgis Night″ on Monday at the SBS Prism Tower in Mapo District, western Seoul. [JEON TAE-GYU]


No more worries or regrets, GFriend's new album is all about embracing your choices and staying true to yourself.

Girl group GFriend released its new full-length album "Walpurgis Night" and its lead track "Mago" on Monday at 6 p.m. as the last part of its new series of albums that began earlier this year in February with "Labyrinth" and was followed by "Song of the Sirens" in July. For "Mago," members Eunha, Yuju and Umji took part in writing the disco song, which was completed with retro synthesizers and an upbeat melody line.

"For 'Labyrinth,' we expressed a young girl's inability to make a decision and her confusion while standing at a crossroads," said Eunha during an online showcase held on Monday afternoon prior to the release of the new album.

"Then with 'Song of the Sirens,' we expressed the price we have to pay after we make a decision and the voices that lure us the other way afterward. But in 'Walpurgis Night,' all that has gone away and the young girl becomes a 'modern witch' who's honest about her own desires and herself." 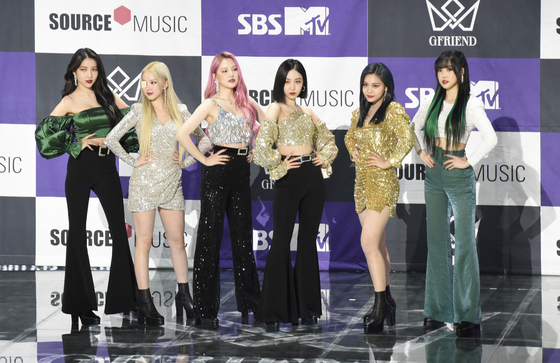 Members of GFriend stand for photos during its showcase on Monday at the SBS Prism Tower in Mapo District, western Seoul. [JEON TAE-GYU]


According to GFriend, the theme of the album is "The modern witch's party," where young girls have turned into proud women after growing up and learning about the world. Just as they started the year with "Labyrinth," members hoped that "Walpurgis Night" will be the perfect way to end the year. It features 11 songs, each with a different vibe and charm.

"This album feels like saying goodbye to the series, so it's bittersweet," said SinB. "But we've got to try everything we wanted through the series and challenge ourselves in new ways. We think that we've become more independent and now we feel confident enough to try any kind of new concept without feeling too pressured."

Yuju described "Mago" as fireworks, "Because it's powerful but beautiful at the same time." 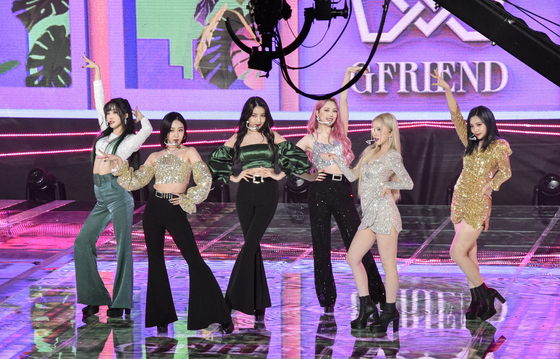 GFriend performs its new track ″Mago″ for the first time during its showcase for its new album ″Walpurgis Night″ on Monday at the SBS Prism Tower in Mapo District, western Seoul. [JEON TAE-GYU]


"'Walpurgis Night' is like a parfait," added Umji. "Just as you have an appetizer, main dish, then dessert to a dinner course, this album is like the cherry on top of the series to wrap it up."

The music video will give an end-of-the-year vibe with mirror balls and sparkly costumes, which gave the band a chance to look back on 2020, as well as the time they've spent together as a band. It's been six years since GFriend debuted, and the members say they felt like they've started to feel more confident taking into consideration how much time has passed.

"It felt like we've come this far, but without ever taking a break," said Sowon. "But now I feel a little more relaxed, which allows me to look back and also around me. But most of all, I feel so fortunate to have met the members of GFriend. I wish that it could always be the six of us. If we're here together, then it doesn't matter whatever else changes."