Singer Jukjae takes inspiration from 2006 for his latest song

Singer Jukjae takes inspiration from 2006 for his latest song 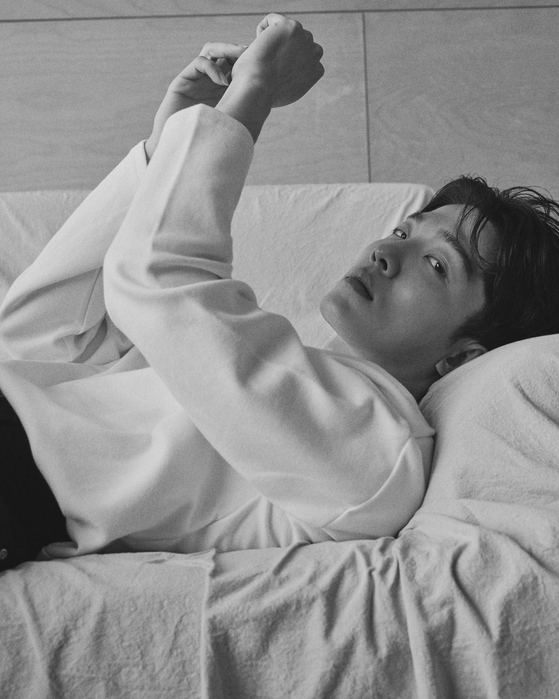 
Singer Jukjae hopes people will look back at 2006, or at whenever they were at their brightest and happiest, to escape reality for a brief moment while listening to his latest song, “Shining, My 2006.”

Jukjae sat down with local press on Nov. 10, two days prior to the release of his second EP “2006” on Thursday. While he has worked on multiple singles and original soundtrack projects since his debut in 2014, this is his third album and also the first to come in three years and eight months since his first EP “Fine” was released in March 2017.

“I really didn’t realize that time was passing so fast,” he said. “I’ve released a lot of songs, but with singles, I just wrote the music and lyrics and left the rearrangement for others to deal with. That allowed me to experiment, but this album ‘2006’ has me written all over it. I tried to get involved as much as possible, so I’m hoping it’s the most me, and the best of me.”

The title “2006” is the year when Jukjae entered the Seoul Institute of the Arts at the age of 17, having proven himself as a musician, especially with his dexterity in playing guitar.

One sunny day in 2006, the weather was so nice that the professor took everyone out into a field on the campus that’s nicknamed “The Teletubbies Hill” by the students because of its resemblance to the landscape in the children's cartoon. The professor asked each of the music majors to take a turn performing, and that scene has stuck with Jukjae for years. 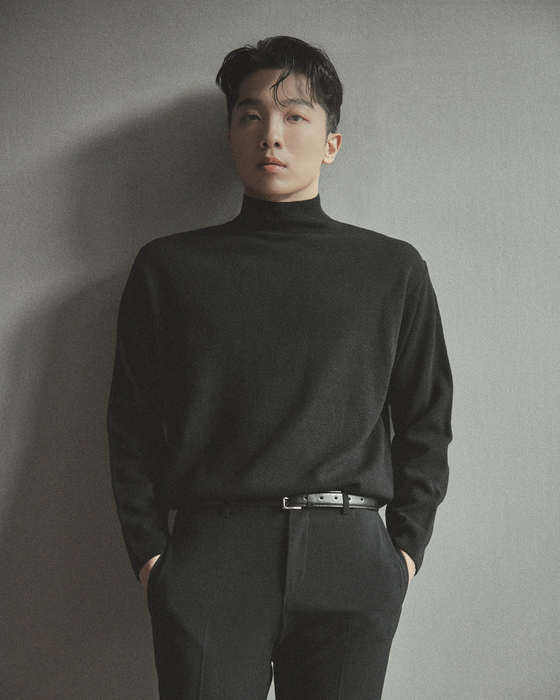 
“It was in spring,” he said. “Usually when people are asked to sing, some people would be shy and not do it, right? But nobody was like that. Everybody came forward and sung their best song, and I played the background music because I was a guitarist. It was exactly what I had dreamed of when I entered college. The people who were singing, people who were sitting on that hill and playing their instruments and the way their eyes were shining — it’s all still with me.” “Shining, My 2006” was born from what Jukjae described as “the most beautiful and innocent time” in his life.

He first became interested in music in his early teenage years, joining the school band and later starting his professional career playing in live sessions for other singers. He’s played for some of the biggest singers in Korea, including IU, Kim Dong-ryul, Park Hyo-shin, Jung Jae-hyung, Taeyang of Big Bang, Gummy, Lee So-ra and Younha.

“I’ve never seen someone who’s as determined and motivated as she is,” he said of IU. “She’s always thinking about music and she develops every single year with every new tour and song. Plus, she takes care of the staff around her. I think she’s the very definition of a star in every way. And I would say that she gave me another shining moment since 2006.”

For Jukjae, it was guitar that got him into college and began his professional career. Playing is his joy, and playing for others has also inspired his own music. Nevertheless, the decision to part from IU and other stars and focus on his own career came after thinking about his own fans.

“I thought it would be weird for my fans, who always wish me the best and wish to see me perform on my own stage, to see me perform for someone else and not my own music,” he said. “I will keep on playing as a guitarist and also write songs for other people as well. Taking part in other people’s music allows me to make my own and try something new. Otherwise, I end up falling into a routine. I think I’m the happiest when I’m doing both music for others and myself.” 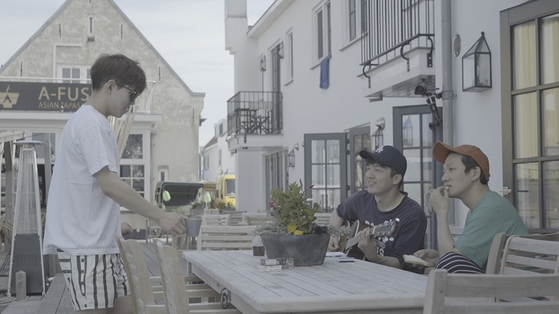 
It was last year that the public really began noticing Jukjae, after cable channel JTBC’s “Begin Again” season 3 aired in which he played music on the streets of Germany and the Netherlands along with singer Taeyeon, Lee Juck, Paul Kim and Kim Hyun-woo. He took part in the program’s special season “Begin Again Korea” this year, and has been running an online audio show on Naver Now every weekday at midnight since March.

Although he was set on making his own music and starting a singing career of his own, Jukjae says that he’s actually not the type to make goals. Music was a way of expressing himself, said the singer who added that he's usually “bad at showing myself.”

When asked if he’s had any other year that was as precious as 2006, he said that it’s not the time to look back yet.

“It’s actually the sixth anniversary of my first album today,” he said. “I don’t have clear goals. I never thought I’d be writing the songs that I’ve written, or talking to reporters like I am doing right now. But I think not having goals was what allowed me to be free. I was making the music I like and I’ve naturally ended up here. I think that’s what gets me going.

“So rather than ‘achieving’ what I want, I hope that time just flows naturally like always. So when the time comes for me to look back, then I’ll be happy thinking, ‘I did do something.’”

Henry to appear in new program despite hesitation after controversy