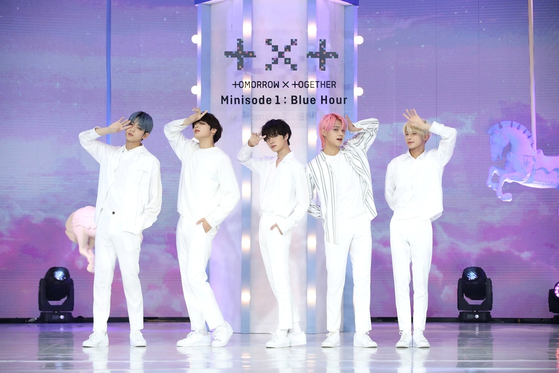 TXT previously made it to No. 140 on the Billboard 200 with its debut EP "The Dream Chapter: Star" released in March last year.

"'Minisode1: Blue Hour' sold 300,000 copies in the first week of its release,” its agency Big Hit Entertainment, said. "This is the best performance among artists who made their debut in 2019.”

The band debuted in 2019 with EP “The Dream Chapter: Star” and released its first full-length album “The Dream Chapter: Magic” the same year. They stormed the K-pop scene last year by winning the Rookie of the Year award at 10 different award ceremonies.

The band recently released a new music video of its track “We Lost The Summer” from its recent album on Nov. 13, which deals with teenagers struggling with “corona blues.”