It's not the destination, it's the journey, and the duty free

It's not the destination, it's the journey, and the duty free 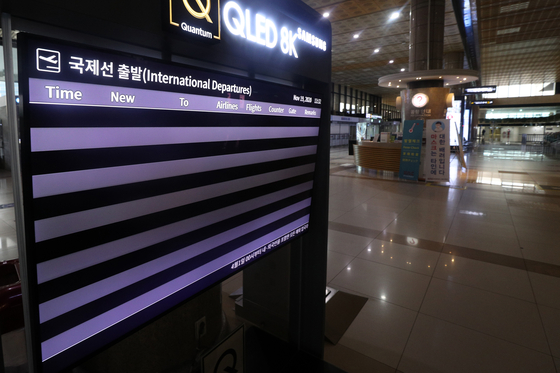 
No-destination flights will be allowed for a year, and passengers will be able to purchase duty-free goods upon their return to Incheon International Airport after tooling around the nearby skies, Finance Minister Hong Nam-ki announced Thursday.

Flights to nowhere, which take off and land back where they started without an intermediate stop, will be allowed temporarily for one year, said Minister Hong at a meeting held at the administrative office in Jongro, central Seoul.

Destinationless flights have become the latest airline offer as companies struggle to find ways to make a profit amid worldwide travel bans.

Asiana Airlines was the first major carrier in Korea to sell no-destination flight tickets to regular customers last month. The plane flew over various points in the country and came back to Incheon International Airport.

Hong suggested allowing planes to fly in and around another country’s airspace for 2 to 3 hours and then come back. Passengers will go through strict disinfection measures before takeoff, but will not be subject to Covid-19 testing once they land.

Passengers on such flights can get the same duty-free benefits as those on international flights. Taxes will be exempted for a maximum of $600 of goods, one bottle of liquor, worth up to $400, 200 cigarettes and up to 60 milliliters of perfume.

Duty-free shopping will be allowed both online and at physical stores at Incheon International Airport and inside the city. Before, shopping at such locations were only allowed to customers with a flight ticket to another country. 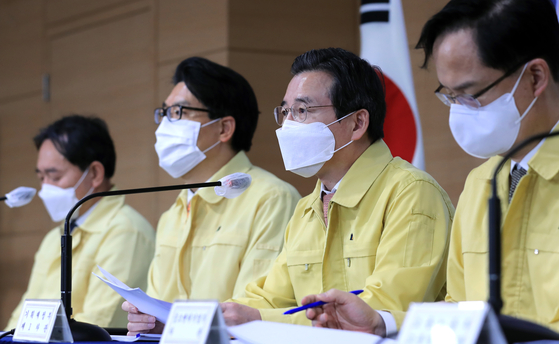 Officials from the Ministry of Economy and Finance announced a temporary approval of no-destination flights, at a meeting held Thursday at the government administrative office in Jongno District, central Seoul. [NEWS1]


“We will complete the preparation process by this month at the latest, after consulting with relevant ministries and industry officials, so that airlines can release no-destination flights as soon as possible,” said Finance Minister Hong.

“We thank the government for its support of the tourism industry,” Lotte Duty Free said in a statement. “It has been difficult times for the company as we face nearly zero outbound flights.”

“The duty-free industry believes this will help us withhold the blows from the Covid-19 pandemic,” the Korea Duty Free Shops Association wrote in a statement released Thursday. “Apart from its effect in boosting sales, it will help maintain employment, as well as turnaround the depressed airline, travel and duty-free businesses.”

The duty-free industry has been struggling to maintain employment after customer numbers to their airport stores dropped by some 95 percent since the pandemic.

One-third of people working in the duty-free industry, 16,000 in total, have lost their jobs from January through August this year, according to data from the Korea Customs Service submitted to a Justice Party lawmaker.