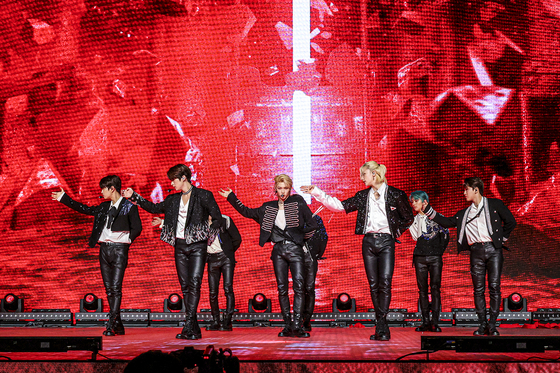 
Boy band Stray Kids held its first-ever online concert on Sunday afternoon via Naver V Live, titled "Beyond LIVE - Stray Kids 'Unlock: GO LIVE IN LIFE'" to meet with fans from all over the world. The concert follows the cancellation of the band's world tour, which was initially planned for this year but couldn't go ahead because of Covid-19. The band performed some of its biggest hits, such as "GO Live" (2020), and promised to release the Korean version of "All In," the lead track of the band's first Japanese EP that came out on Nov. 4. [JYP ENTERTAINMENT]