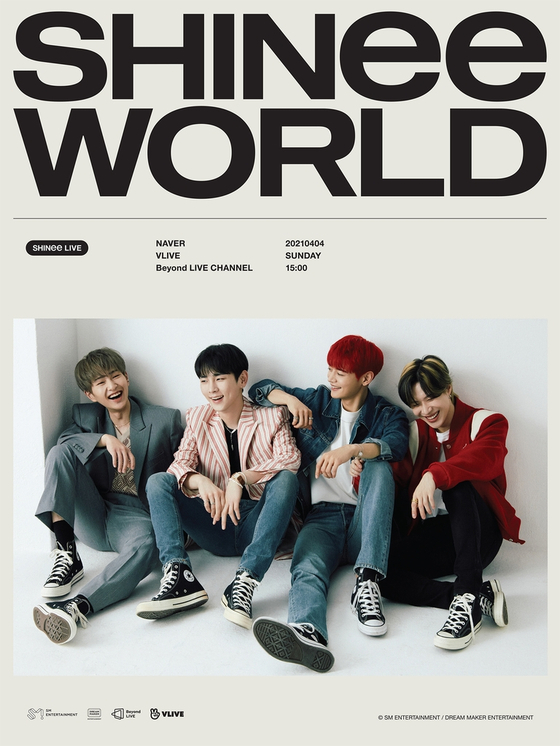 
Boy band SHINee will meet with fans through an online concert “Beyond Live – SHINee: SHINee World” for the first time after releasing its seventh full-length album “Don’t Call Me” last month.

Its agency SM Entertainment announced that the concert will be held via Naver V Live on April 4.

It’s the band’s first online concert after its three-year hiatus since they hosted “Shinee World The Best 2018 ~From Now On~” in Japan in February 2018.

The band is expected to fill the stages with hits from their latest album and their past hits.

“Don’t Call Me” topped the iTunes Top Albums chart upon its release in 45 regions such as the United States, Canada, Britain, Germany, United Arab Emirates, Australia and Singapore.