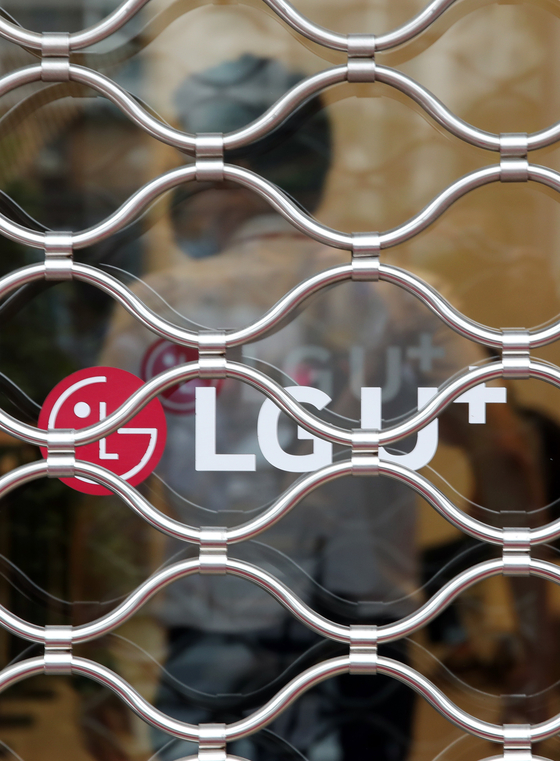 
LG U+ is in the spotlight once again following media reports earlier this week that the U.S. Congress is pushing a bill that would require the U.S. Army to reconsider operating bases in countries that use Huawei’s 5G and 6G equipment.

As Korea’s third-largest telecommunications service provider, LG U+ has come under pressure as the U.S. government has pushed for companies and countries to cut ties with the Chinese IT company.

However, some experts say it's time the Korean government speaks up on the issue, rather than relying on a private company to untangle a problem that’s rooted in the geopolitical conflict between the United States and China.

Huawei’s network gear is used by all of Korea’s three network service providers — KT, SK Broadband and LG U+. But LG U+ is the only company that employs Huawei equipment for its 5G network.

For the previous 4G LTE network, 30 percent of LG’s equipment was supplied by Huawei. This is relevant to the ongoing issue surrounding 5G because the transmission of 5G networks partly relies on existing 4G LTE infrastructure.

“The proportion of Huawei in our 5G network infrastructure is a little less than 30 percent,” said the company’s spokesman. “Using Huawei’s equipment was unavoidable considering the compatibility between 4G and 5G [equipment].”

If the U.S. Congress does pass the 2021 National Defense Authorization Act (NDAA), Korea could fall into the group of countries where the U.S. Army presence is questioned. The U.S. administration has called on allies to stop using Huawei’s 5G equipment, saying there is a risk of giving Beijing a backdoor to sensitive information.

In June, U.S. Secretary of State Mike Pompeo publicly praised SK Telecom and KT as “clean carriers,” which local media reported as an indirect snub of LG U+.

The carrier has been careful about commenting on the U.S. administration’s intensifying pressure on Huawei, but made it clear that scrapping the Chinese company’s equipment is not realistically an option.

“Taking out all of the installed Huawei equipment and replacing it with another supplier is practically impossible,” said a company spokesman.

“Even regarding equipment that needs to be set up in the future, it’s not easy to completely put Huawei out of the picture considering the compatibility [with existing 4G equipment].”

The spokesman added that Huawei equipment was not used for the base stations near the U.S. bases inside the Seoul metropolitan area. Ericsson equipment was used in these areas.

“We put a lot of effort to enforce and check the security of the Huawei equipment used for general consumers as well,” he added.

Experts say the problem has gone beyond the point that a private business can solve on its own — it’s time the government steps in.

Britain and Australia have both banned the use of Huawei’s 5G equipment. On the contrary, Korea’s current administration has largely stuck to the stance that joining U.S.-led sanctions against Huawei is a decision to be made by individual businesses.

“We’re reaching a point where we can’t solely rely on private companies to find a solution on Huawei sanctions,” said Kim Sang-bae, a Seoul National University professor of international relations.

“The Trump administration requested countries shun Huawei out of national interest or security. The Biden administration will do the same, this time citing values or orders like democracy.”

Kim added that Britain had put forward a neutral stance until last year, saying it will do its best to prevent security risks in regards to Huawei’s network equipment. But eventually, it changed its stance.

“After issues broke out in Hong Kong regarding its national security law, the country made a strong conclusion to avoid giving the slightest impression that it’s siding with China. There doesn’t seem to be much choice for us either.”

Shin Min-soo, business professor at Hanyang University, agreed that the issue is out of LG U+’s hands.

“This situation isn’t something that LG U+ can resolve at its end,” he said. “As an institute representing the public, the government should suggest a clear stance and help in finding a solution.”