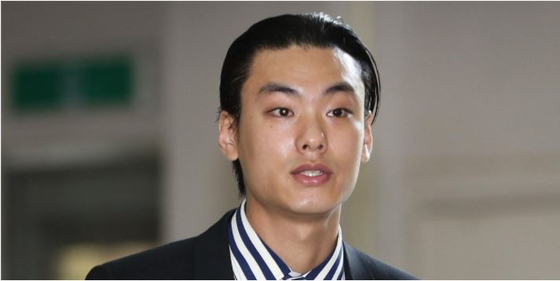 
Rapper Iron was arrested for allegedly assaulting his roommate with a baseball bat, according to Yongsan Police Station on Thursday.

The police said that the rapper is accused of assaulting his 18-year-old male roommate by hitting him multiple times with a baseball bat on Dec. 9 at the rapper’s home in Yongsan District, central Seoul.

Iron gained fame after becoming the semifinalist in the third season of Mnet’s hip-hop audition program “Show Me the Money.” His roommate is reported to be his student, who was living with Iron to learn about music.

The police said they arrested Iron at his home after receiving a report from the victim’s family.

In 2018, Iron was sentenced to eight months in prison, suspended for two years, and 80 hours of community service by the Seoul Central District Court in an appeals trial for assaulting and threatening his ex-girlfriend. In September he was fined 5 million won ($4,600) for bribing a reporter to make false reports about his ex-girlfriend.

In 2015, he was found guilty of using marijuana and was sentenced to eight months in prison, also suspended for two years.