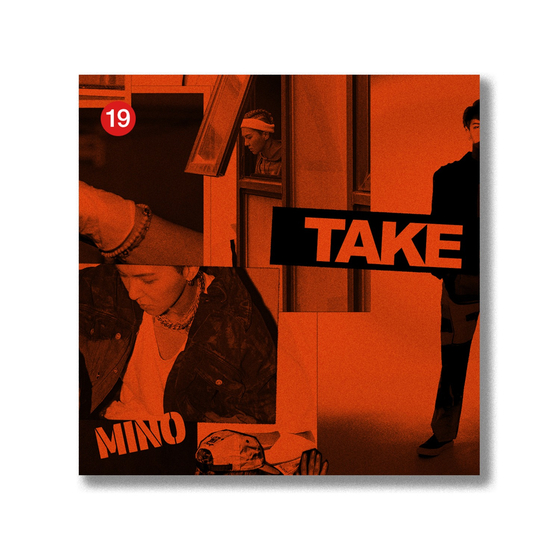 
The physical album of rapper Mino's "Take" is finally out and selling quickly, according to YG Entertainment on Wednesday.

It was released in three different versions — Take #1, Take #2, and Limited KiT.

The limited edition version includes everything in the Take albums (except CDs are replaced with KiTs, which are smart music devices) as well as special goods designed by Mino and is packaged in an eye-catching black-and-orange box.

Mino has been active as an artist, exhibiting his art works at the Seongnam Art Center Gallery 808 last year followed by the London's Saatchi Gallery last month.

The digital version of "Take," which is composed of 12 tracks, was released on Oct. 30.

Prior to the release, Mino said that "Take" has more of himself than ever before, adding that all 12 tracks are written and composed by him.