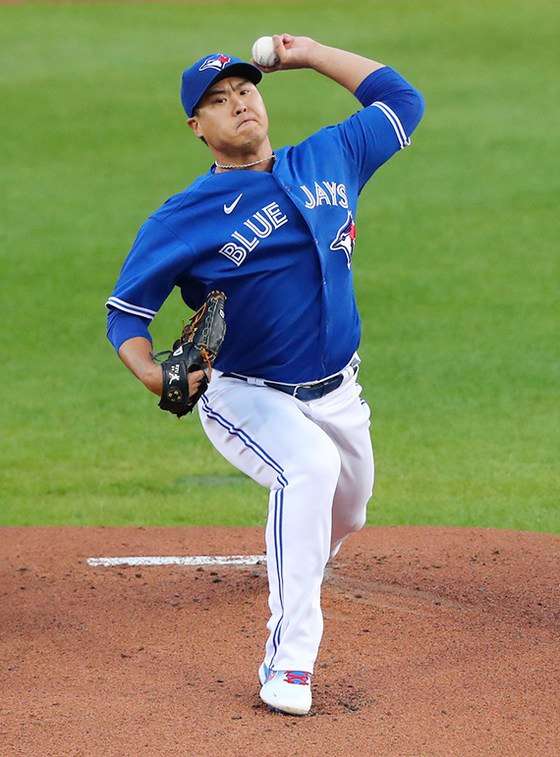 Ryu Hyun-jin of the Toronto Blue Jays throws a pitch during the first inning against the New York Yankees at Sahlen Field in Buffalo, New York on Sept. 24. [AFP/YONHAP]


Ryu Hyun-jin of the Toronto Blue Jays was named to the All-MLB Second Team on Wednesday, recognizing that he is one of the top starters in the major league for the second year in a row.

The All-MLB Team is an annual honor introduced last year, recognizing the very best players in each position across both major leagues. The MLB creates two dream teams, a first and a second team, with a catcher, four infielders, three outfielders, a designated hitter, five starting pitchers and two relievers appointed to each team.

Players are chosen based on a combination of a fan vote and a panel of media members, former players and baseball officials.

Being named to the Second Team means that Ryu is considered one of the top 10 starters in the major league. Other Second Team starters include Ryu's old teammate Clayton Kershaw of the Los Angeles Dodgers, Gerrit Cole of the New York Yankees and Kenta Maeda of the Minnesota Twins.

"Ryu’s first season in Toronto saw him turn in a typically excellent 2.69 ERA in 67 innings," the MLB announcement of the 2020 All-MLB teams said, recognizing not only Ryu's skill this year, but also his reliability.


Ryu finished the 2020 season with a 2.69 ERA with five wins and two losses across 12 games. He came in third in the voting for the American League Cy Young Award.

The Korean ace was also nominated to the All-MLB Second Team last season, making him one of 12 players to have made it on to either squad both years that it has been in existence.