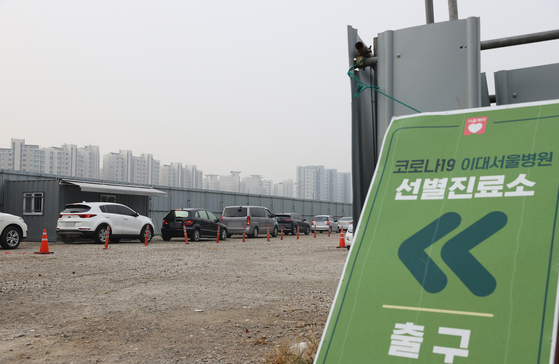 Korea hit a grim milestone in daily coronavirus cases Friday as 950 people tested positive, the highest day-to-day count the country has seen since the pandemic broke out.

Among Friday’s total cases, the vast majority were from the greater Seoul area — 359 in Seoul, 268 in Gyeonggi and 42 in Incheon.

Out of the nation’s 17 major cities and provinces, Jeju Island was the only region that didn’t add a single new case Friday.

Regarding imported cases, seven were from the United States, three from Russia, two each from Bangladesh and the Philippines and one each from Japan, Bulgaria, Ukraine, Turkey, Hungary, Croatia, Algeria and Ethiopia, according to KDCA data.

Six people died Friday, raising total deaths to 578, while 336 patients recovered, bringing that total to 31,493. As of Friday at midnight, Korea had an accumulated total of 41,736 coronavirus patients.