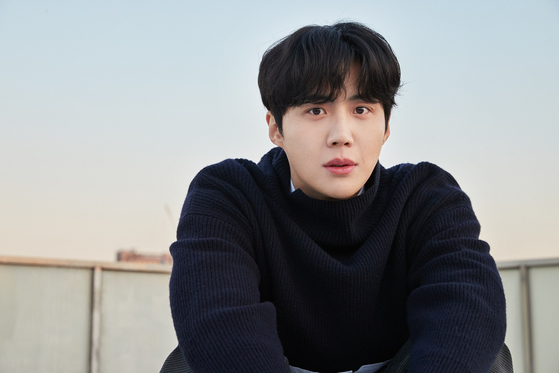 
TvN drama series “Start-Up,” which ended on Dec. 6, was a stepping stone for actor Kim Seon-ho on his journey to stardom. The story initially focused on youths preparing to tackle any challenges they encounter as they try to develop their start-up companies but gets sidetracked on the love story that blossoms between the CEO of start-up Samsantaek Seo Dal-mi (played by Bae Suzy) and the CTO Nam Do-san (played by Nam Joo-hyuk).

As a result, the series ended up with poor viewership ratings of just 5 percent, but the one character that received absolute support was Kim's — director Han Ji-pyeong of SH Venture Capital. Although he seems tough on the outside, his sweet side is shown when he becomes pen pals with young Dal-mi 15 years ago under the name Nam Do-san and how he does his best to help the real Do-san in the hopes that his identity isn’t discovered by Dal-mi. According to a monthly brand reputation report published by the Korean Business Research Institute, in the category of personal brand assessment for actors in television series, Kim rose to number one, knocking out Nam and Bae who each ranked No. 2 and 17.

In an email interview with the JoongAng Ilbo, an affiliate of the Korea JoongAng Daily, last week Kim said that he’s “just happy that so many people supported Han along with the main characters.”

“I think he was more attractive because he’s a dimensional character,” Kim said. “His attitude varies depending on what the person means to him such as when he meets Do-san while having feelings for Dal-mi, when he stays one step behind of Dal-mi — cheering and supporting her, and when he’s with Dal-mi’s grandmother Choi Won-deok (played by Kim Hae-sook) he turns into a softie, because she’s like the grandmother he never had.”

“I think it’s about half,” Kim said. “I don’t have a good car or a house like he does, but we're similar in the way that we can’t speak ill of others.” 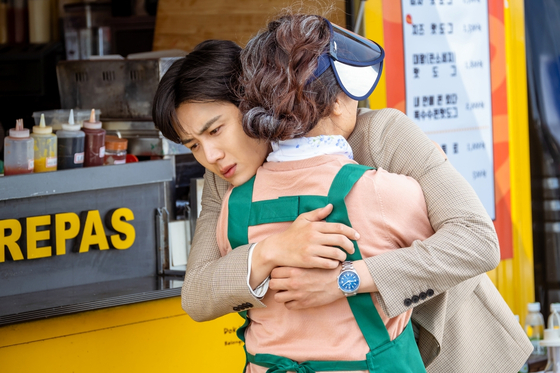 Ji-pyeong (played by Kim), seems cold and tough on the outside, but has a soft spot for Won-deok, Dal-mi's grandmother in tvN drama series ″Start-Up.″ [TVN]


The actor said of all his lines and scenes, the most memorable ones were those with Won-deok, especially the scene where Won-deok, who gives orphan Ji-pyeong a place to stay, ties his sneakers and tells him "If you do succeed, don’t bother to call. But if you’re in trouble, call me,” which the actor says touched his heart.

Also scenes where Won-deok tells her granddaughter Dal-mi, who’s having difficulties finding a job, “You’re still a cosmos flower. It’s still spring. If you’re patient and wait a little longer, you’re going to beautifully bloom in fall. So don’t be anxious.” And when Dal-mi tells her grandmother who lost her eyesight, “It’s fall. And they’ve bloomed beautifully, granny.”

“They still linger in my mind because of how much they moved me,” Kim said. 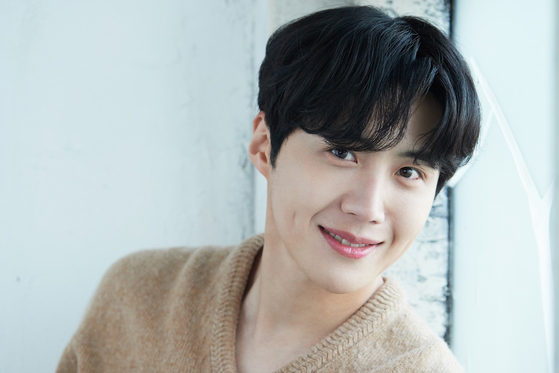 
Kim debuted as a stage actor in the 2009 play “New Boeing Boeing,” and says if he could give his past self any advice it would be the cosmos theory, likely because although he enjoyed immense popularity in theaters, he felt like a rookie when he first started to feature on television screens in the 2017 drama series “Good Manager.”

Although he won the both rookie award and excellence award at the MBC Drama Awards “Two Cops” in 2017, it took a while for him to find a role that would leave an impression on people.

“Even when it seems like everything is dark, if you don’t give up and persistently do what you need to do, I believe that a time will come when you will bloom like the cosmos flowers in the fall,” Kim said. “Like Ji-pyeong, there were a lot of people who guided me in my life.” 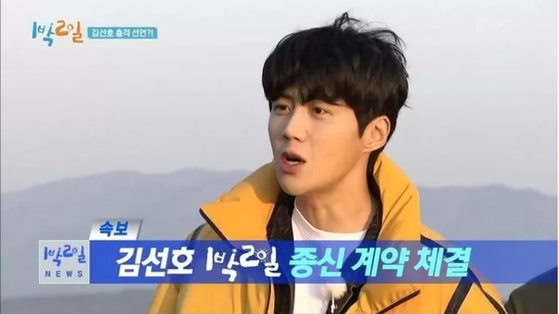 Since last December, Kim has featured as an entertainer in KBS variety show ″2 Days & 1 Night.″ [KBS]


Last December the actor joined the fourth season of KBS variety show “2 Days & 1 Night” with actor Yeon Jung-hoon, entertainers Kim Jong-min, Moon Se-yoon, singers Din Din and Ravi. In one of the episodes aired last month where members received psychic counseling, he burst in tears admitting that he felt upset because he wasn’t good at either of his jobs — an entertainer and actor.

“Actor Cha Tae-hyun who saw the show gave me advice through the show’s writer Cho Jin-young,” he said. “Although I’ve never met him, he said that it’s natural that I worry about those things during this period, and that it will help me when I act. I was really grateful for his advice. I felt confident [again] thinking about all of these good people next to me, who supported me, through the show.”

The actor also soothed worries from his fans that he might be leaving the show due to his busy schedule.

“I’m going to be here longer than anyone else,” he said. “Although I’m worried a little that the entertainer version of myself might appear in my characters, that’s something that I need to overcome.

“Thankfully, I think for now viewers who enjoyed ‘Start-Up’ are coming over to watch ‘2 Days & 1 Night’ and other drama series [that I appeared in],” he said. 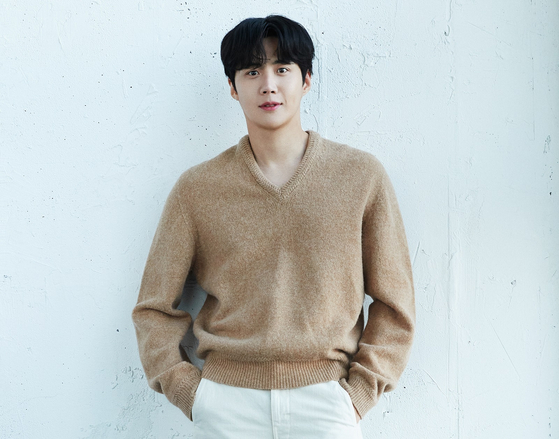 
Due to his rising popularity, broadcasters are busy collecting scenes from his past and uploading them on their streaming channels. On YouTube, the Kim's kissing scene from the four-episode drama series “I’m crazy, for you!” which aired on MBC in 2018 has surpassed 10 million views.

A play titled "Ice," set to begin showing next month is next in line for Kim.

“The stage has always been an intense place for me,” Kim said. “There is an ecstasy that you can only feel on a stage with an audience. It’s a place filled with passion where I furiously pour out my acting."

Kim does not have any experience in musicals or film yet but hopes his next move will be onto the silver screen.

“I think I still lack qualities to lead the stage while singing for a long time," Kim said. “But if I am cast for a film, I would like to prepare diligently and try it out.”