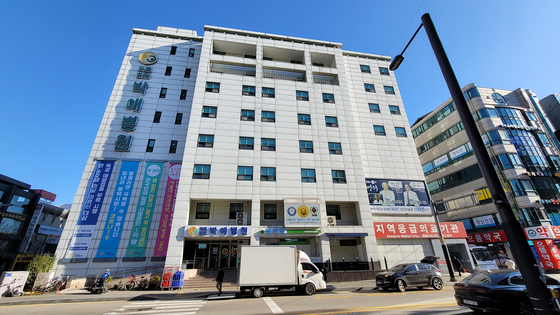 The facade of Bagae General Hospital in Pyeongtaek, Gyeonggi, on Monday. The hospital’s director has offered up his whole hospital for treating coronavirus patients. [KIM MIN-WOOK]


Korea is fast running out of available hospital beds as the country reached a record-breaking 1,030 daily cases Sunday, crossing the four-digit mark for the first time since the start of the Covid-19 pandemic.

As of Sunday, there were just 17 hospital beds remaining nationwide for critical patients. The situation is worse in the metropolitan area, with three left in Seoul, two in Gyeonggi and zero in Incheon.

But hospitals are already reaching their limits.

One university hospital in Seoul received a Covid-19 patient Sunday who was put on a ventilator, but the hospital didn’t have any intensive care unit (I.C.U.) beds left.

It had to call up several other hospitals before finally finding an available I.C.U. bed and transferred the patient there.

Recently, a public hospital in the metropolitan area procured extra beds for coronavirus patients after receiving a request from health authorities. However, it was unable to receive any Covid-19 patients because it had no available doctors. 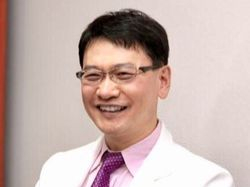 
“The situation in Daegu from last February and March is unfolding in Seoul right now,” said one doctor at the hospital. “If two more weeks like this pass, there will be over 700 severe or critical patients, and there will be people who die because they didn’t have access to ventilators.”

As of Sunday, there were 179 critical patients, according to health authorities.

Experts say immediate action is needed to prevent the collapse of the health care system.

Some 90 percent of hospital beds nationwide in Korea are in private hospitals. But the government can’t force the requisition of beds in private-sector hospitals. Instead, it has to rely on voluntary action.

In turn, the director of the Bagae General Hospital in Pyeongtaek, Gyeonggi, has offered up his whole hospital for treating coronavirus patients.

“As I saw the continued shortage of hospital beds for critical patients, I thought somebody had to step up in order to save one more life,” Kim Byung-geun, the hospital’s director, told the JoongAng Ilbo in a phone interview Sunday. “Right now is a critical situation for containment and treatment, and our hospital, to the capacity that it can, will faithfully play the role of a treatment hospital.”

This is similar to how Daegu Dongsan Hospital became designated as a Covid-19 treatment center when Daegu emerged as the original epicenter of the coronavirus outbreak in Korea in late February.

Bagae General Hospital is vacating its 220 hospital beds and is preparing to receive Covid-19 patients after reaching an agreement with the Central Disaster Management Headquarters.

Kim said that the hospital is in the process of rearranging beds, taking into consideration the routes of medical staff and patients. The hospital is expected to finish installing partitions as early as this week.

“We are planning to receive 80 to 100 less serious patients who can recover just through oxygen treatment,” said Kim. The hospital is also considering receiving Covid-19 patients in need of renal dialysis.

Kim stepped up despite the possibility that his hospital may be stuck with the stigma of being remembered as a Covid-19 hospital even after the treatment period ends.

“The government has pledged compensation, so we signed up believing in this for now,” Kim said. “There can be a situation where the government turns its shoulders, but that’s for later, and rather than expecting compensation, I believe we need to do this out of a sense of duty.”

As for the current inpatients, Kim said that the hospital staff and the government will work to convince them all to transfer to a different hospital.

“I believe the patients will understand if the medical staff asks for their cooperation,” Kim added.

Likewise, he pointed out, “Now is not the time to calculate profits and losses. Other hospitals should also offer beds.”

An official with the Central Disaster Management Headquarters said they had asked the Korean Hospital Association to receive applications from hospitals to be designated as Covid-19 treatment hospitals. The Bagae General Hospital, according to this official, immediately signed up and offered to empty out its beds if it was deemed eligible.

Bagae Hospital was notified that it was designated as a Covid-19 treatment center and plans to send out messages to turn away outpatients.

Kim is no stranger to dealing with Covid-19 patients. In March, he served as the head of a treatment center in Daegu for mild coronavirus cases, setting up the facility and caring for patients in a hazmat suit. He is currently operating a Covid-19 screening center.

“I decided to volunteer in Daegu in line with our hospital’s pursuit of philanthropic action,” said Kim. “I feel proudest when a person leaves the screening center with a negative diagnosis.”

Kim noted that the hospital can take in Covid-19 patients from cities in Gyeonggi, such as Pyeongtaek, Osan and Anseong, as well as those from the Chungcheong area.

However, he added, “We will not be able to accept all the patients. The doctors need to step up in a situation where the patient’s life is on the line. I hope that our hospital can work with the many other hospitals in the area.”

Kim has volunteered his medical services for decades since first making a trip to the Philippines in 1988.

In April 2019, he treated Rohingya refugees in Bangladesh. The Bangladeshi government blocked medical volunteers shortly after this trip in order to protect their safety.

Bagae General Hospital was established in 1957 as the first general hospital in Pyeongtaek, with a total of 230 employees, including 130 doctors and nurses.