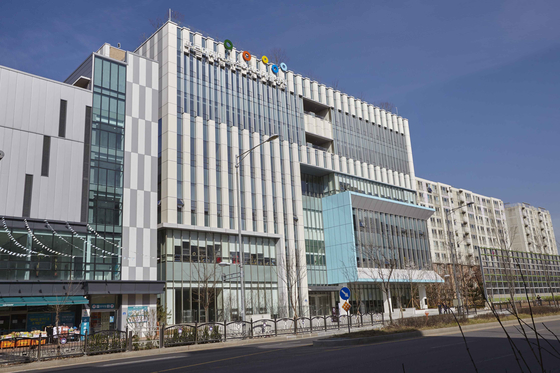 According to Nexon, the donation came from the revenue of the ninth Nexon Contents Festival, which is also referred to as Necoje, that took place online from Nov. 27 to 29. The three-day event featured various online programs — such as online exhibitions, auctions and music performances — that mainly took place on YouTube and Nexon's official website. The festivity recorded a viewership of 120,000 and related merchandise was sold until Dec. 10.

The donated money will go toward reinvigorating the hospital's disinfection measures and setting up a new system to deal with any new infections among patients, especially of the coronavirus. The new system will focus on detecting infections at early stages and taking necessary measures accordingly.

"A hospital is a place where measures against infection must be taken with the greatest care," said Kim Jung-wook, chairman of Nexon Foundation. "And we hope that the children are treated in the safest environment possible. We will keep up our support to make sure more children get to rehabilitate well."

Nexon founded the Purme Foundation Nexon Children's Rehabilitation Hospital in 2016, and has since donated a total of 1.9 billion won to fund various programs, including the early intervention treatment program for premature babies, education and therapy support programs for the guardians of children with disabilities and the foundation of a rehab center for juveniles.

Nexon also recently donated 10 billion won to Seoul National University Hospital (SNUH) to fund the establishment of a palliative care center for children. The donation will be used to purchase the land needed to build the center.