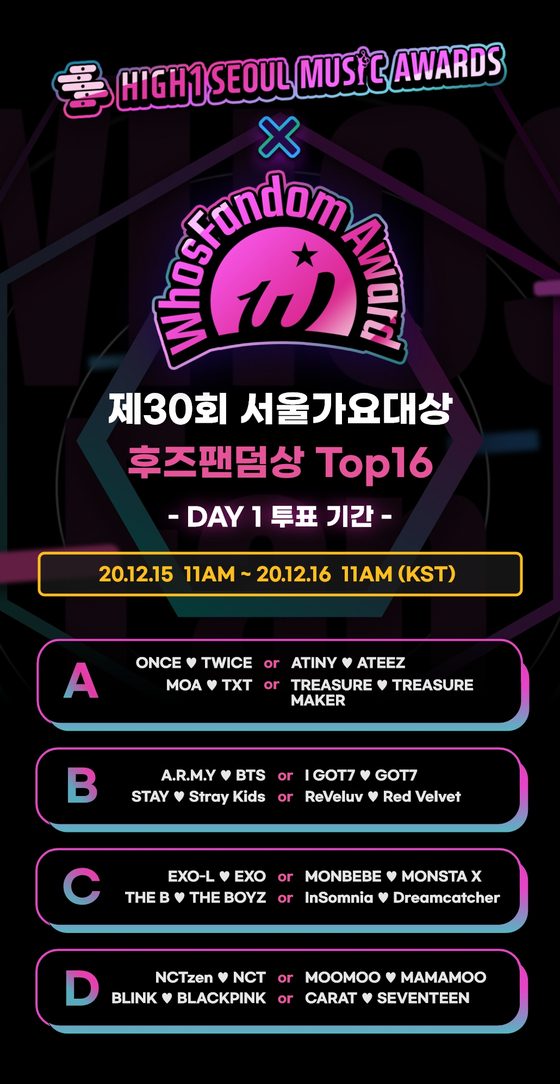 The 16 candidates for the "WhosFandom Award” for the 30th High1 Seoul Music Awards. [WHOS FAN]


Global K-pop fandom platform Whosfan opened the voting for fans to choose the winner of the "WhosFandom Award” for the 30th High1 Seoul Music Awards on Tuesday, the platform announced on the same day.

The special award is given to the artist with the biggest worldwide fandom and depends 100 percent on votes through the Whosfan app. The voting period ends on Jan. 24.

The top 16 candidates for the WhosFandom Award include prominent K-pop artists such as BTS, Exo, Seventeen, NCT, GOT7, and girl groups Blackpink and Twice. The candidates were selected based on fan activity data on the Whosfan mobile app, and Hanteo Music’s data lab analysis.

The poll to choose the top 40 nominees received global attention by drawing a total of more than 640,000 votes.