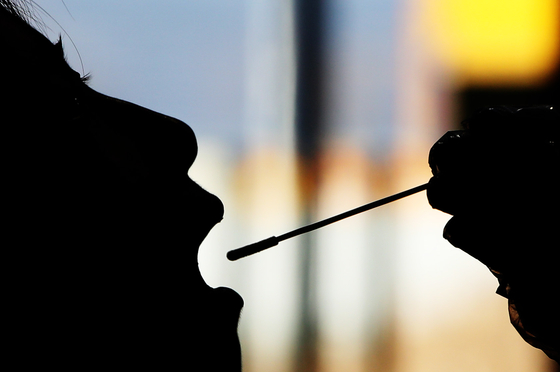 A community welfare worker gets tested for the coronavirus Thursday in Chuncheon, Gyeonggi. [YONHAP]


Korea added 1,014 new cases of the coronavirus Wednesday, the second day in a row that daily figures were above 1,000. Among them, 420 were in Seoul, the first time the capital saw more than 400 new cases in a day.

The death toll Wednesday was 22, also the highest ever.

Of Wednesday’s total cases, 993 were domestic infections, mostly in the greater Seoul area. On top of Seoul's 420 cases, there were 284 in Gyeonggi and 80 in Incheon, according to the Korea Disease Control and Prevention Agency (KDCA) Thursday morning.

All 17 major cities and provinces added a new case except for Sejong City and South Jeolla.

The remaining 21 cases were imported — seven from the United States, four from Indonesia, two from Sweden and one each from the Philippines, Russia, India, Germany, Belarus, Hungary, Algeria and Tunisia.