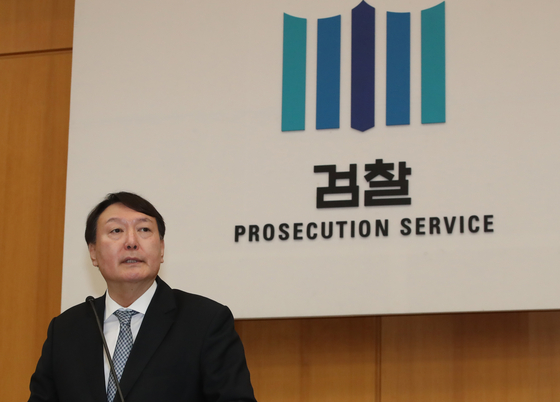 
The Seoul Administrative Court on Thursday ended the hearing on Prosecutor General Yoon Seok-youl’s request to halt his suspension, which President Moon Jae-in formally signed off on last week.

A decision will be made before the end of the day, according to Lee Ok-hyeong, a lawyer representing the Ministry of Justice.

If the court grants the injunction, Yoon will immediately return to his post. If the court rejects it, he will remain suspended for two months.

Judge Hong Sun-wuk of the court started hearing the arguments of Yoon’s lawyers and the lawyer of the Justice Ministry at 3 p.m. on Thursday, picking up the hearing which began on Tuesday. Around 4:15 p.m. on Thursday, the second part of the hearing ended and the judge started deliberation.

Yoon did not attend the hearing.

A disciplinary panel of the Ministry of Justice issued a two-month suspension for Yoon on Dec. 16, finding him guilty on four counts of ethical and legal misconduct. The panel determined that Yoon ordered the illegal surveillance of a judge and violated his duty to maintain political neutrality.

Later in the day, Justice Minister Choo Mi-ae recommended the disciplinary action to President Moon, which he approved, immediately suspending the prosecutor general. The suspension is largely seen as a continuation of the administration’s previous efforts to get Yoon to step down.

The next day, Yoon filed a motion to seek a court injunction to stop his suspension, and also filed a separate lawsuit to reverse the disciplinary action.

When Justice Minister Choo used her power in November to suspend Yoon without going through a disciplinary process, he won a court injunction and returned to his job one week later.