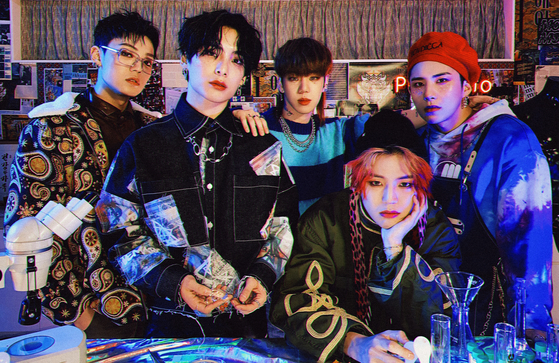 
Boy band A.C.E joined forces with renowned producer and DJ Steve Aoki for a remix of its 2020 song "Goblin (Favorite Boys)" set to drop this afternoon, and fans can join them for a special livestream countdown on YouTube at 1 p.m.

The new remix, which will be titled "Fav Boyz (Steve Aoki's Gold Star Remix)" and featuring rapper Thutmose, will be released at 2 p.m. today.

Prior to the release, the band will hold a livestream event and open up a countdown chatroom for fans to join in for an interview hosted by K-pop columnist Jeff Benjamin.

The new collaboration comes after A.C.E signed with Asian Agent for the band's overseas management and global strategy.

The band will see "star-powered music collaborations and a fashion endorsement deal" early this year, as revealed in an announcement through Billboard.

A.C.E released its latest album "HJZM : The Butterfly Phantasy" in September, which became the band's highest-charting and best-selling album to date.