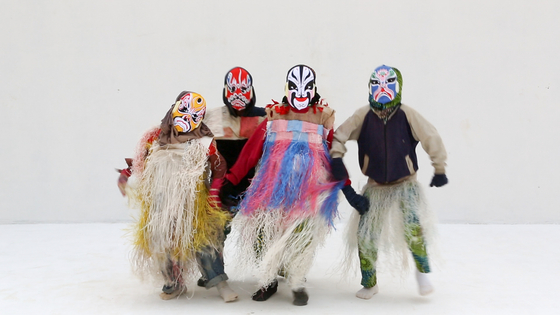 A scene from “Kaleta/Kaleta”(2016) a video by Emo de Medeiros. [GWANGJU BIENNALE]


In 2021, major public museums and commercial galleries seem to be focusing on special exhibitions in relation to the effects of Covid-19 on individuals and society as well as the solo shows of already famous Korean artists, as the pandemic, which hit all cultural activities hard last year, will likely last for a while this year, making large-scale international exhibitions difficult to hold and showing unfamiliar artists’ solo shows risky. Still, two major international art shows — Gwangju Biennnale and Seoul Mediacity Biennale — which had been postponed from last year due to the pandemic, will take place this year. The Korea JoongAng Daily has picked some noteworthy exhibitions from major museums’ and galleries’ 2021 schedules.


YUN SUKNAM
Hakgojae Gallery, Seoul
February: Yun Suknam, 81, often dubbed “the godmother of Korean feminist art,” is famous for her colored wooden sculptures, installations and paintings. This time, she will unveil a new series of paintings that depict historical female activists including those who fought for the liberation of Korea during the 1910-45 Japanese colonial rule and those for laborers’ rights. 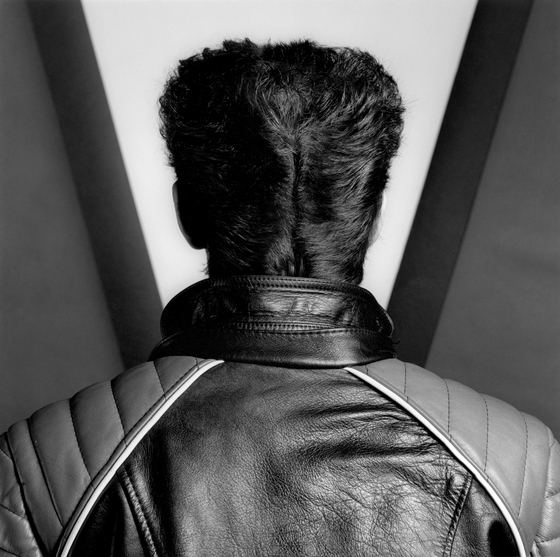 
ROBERT MAPPLETHORPE
Kukje Gallery Seoul & Busan
Feb. 18 – March 30: This show marks the first-ever retrospective in Korea of American photographer Robert Mapplethorpe (1946–1989), famous for his black-and-white photos which have both classical formal beauty and provocative themes such as homoeroticism and sadomasochism. In collaboration with the Robert Mapplethorpe Foundation, Kukje Gallery will show the artist’s works in three parts, each introducing an important aspect of his experimentation — form, subject, and material.


MINJUNG KIM
Gallery Hyundai
Feb. 19 – March 28: Minjung Kim, 59, is famous for the abstract works which she creates with traditional Korean hanji paper, through the repetitive process of partly burning and then layering the paper. “The natural lines created by the candle flame or burning incense” give “emotional healing and meditation” according to the gallery. In this solo show, Minjung Kim will unveil her new series “Couple.”

13TH GWANGJU BIENNALE
Gwangju Biennale Exhibition Hall, and other venues, Gwangju
Feb. 26 – May 9: Under the theme “Minds Rising, Spirits Tuning,” the biennale will feature artworks that are in relation to the multidisciplinary knowledge and healing systems across the world from ancient times. Directed by Defne Ayas and Natasha Ginwala, the biennale will also look back on Korean shamanism not as a superstition but as the old system for healing and solidarity in communities. Among the 69 participating artists are Philippine-American painter Pacita Abad (1946-2004), Argentine-French artist Cecilia Bengolea, Beninese artist Emo de Medeiros, Canadian artist Judy Radul, Irish artist John Gerrard and Korean artists Sylbee Kim and Kang Seung Lee. 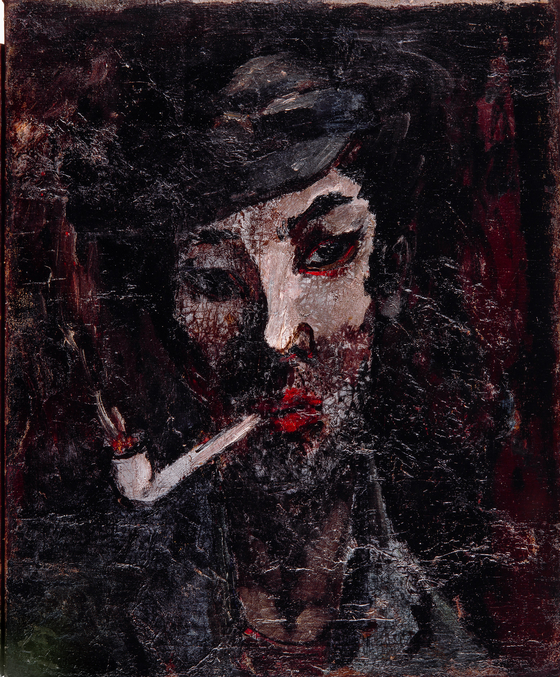 
ENCOUNTERS BETWEEN KOREAN ART AND LITERATURE IN THE MODERN AGE
National Museum of Modern and Contemporary Art (MMCA) Deoksu Palace branch, Seoul
February - May: The exhibition sheds light on the relationship between Korean art and literature especially in the 1930s and 40s, when many writers and artists agreed with the slogan “make poems like paintings and make paintings like poems” according to the museum. Through 140 paintings, 200 documents and 300 photographs, the exhibition will explore not only the friendships developed between artists and writers such as between poet Yi Sang and painter Gu Bon-ung and between poet Ku Sang and painter Lee Jung-seob, but also the unique environment of the time that enabled the network, such as teahouse culture.


CHEN CHIEH-JEN: TRAMAUTIZED BODY AND TRANSFORMED SELF
Art Sonje Center, Seoul
March 11 – May 2: The renowned artist Chen Chieh-jen has actively dealt with the effects of capitalist globalization and rapid industrialization of Taiwan on the lives of ordinary and marginalized people, through his photography and video works. This will be the Taiwan-based artist’s first-ever solo show in Korea.


FORTUNE TELLING
Ilmin Museum of Art, Seoul
April 2 – June 27: About 20 teams of artists will present their own interpretations or recreations of shamanism and fortune-telling methods such as saju (four pillars of destiny), cartomancy by tarot cards and astrology, “which were once regarded as inferior superstitions but are now attracting attention in the era of uncertainties after the breakout of the pandemic,” according to the museum.


PANDEMIC — CATASTROPHES AND CURE
MMCA Seoul
May – August: The exhibition intends to look at the impact of the Covid-19 pandemic on the lives of individuals and society as well as encourage contemplation and reflection for the post-pandemic era through extensive bodies of contemporary artworks. About 40 teams of local and foreign artists including American artist Andrea Zittel, Finnish artist Eija-Liisa Ahtila, Korean artists Moojin Brothers and Sunny Kim, will participate in the exhibition. 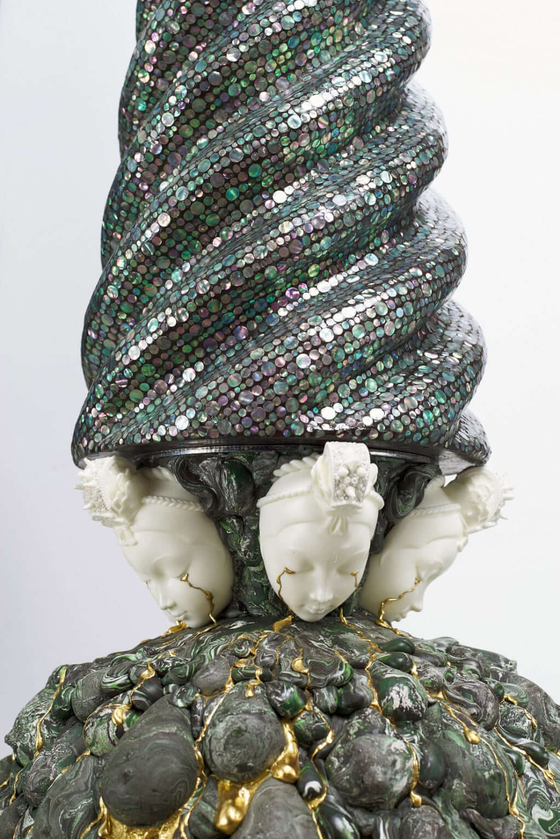 YEESOOKYUNG: MOONLIGHT CROWN
Art Sonje Center, Seoul
July 29 - Sept. 19: Yeesookyung is world-famous for her “Translated Vase” series, which are sculptures constructed with fragments of broken traditional ceramics. She has been recently creating a new series “Moonlight Crown” which are sculptures of mixed media inspired by old fables and mythology. In this exhibition, she will unveil the new series for the first time in Korea. 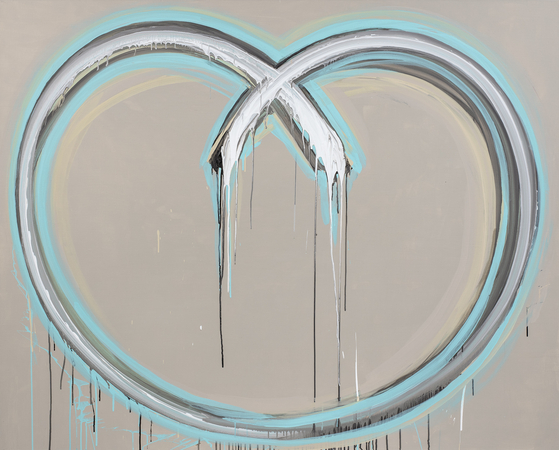 LEE KUN-YONG
Gallery Hyundai, Seoul
Sept. 3 – Oct. 24: Lee Kun-yong, 78, is famous for his works which can be viewed as gestural abstract paintings in their own right but are actually the traces of his body movements during his performances. For him, both the process and the result make an artwork. In this solo show, he will present new works. Calling him “one of the fathers of Korean performance art,” the U.S. art platform Artsy put him on the Artsy Vanguard 2020, the annual list of the world’s noteworthy artists. 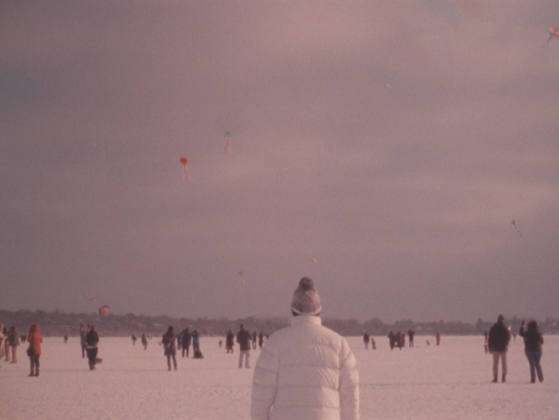 
THE 11TH SEOUL MEDIACITY BIENNALE
Seoul Museum of Art (SeMA) and other venues
Sept. 8 – Nov. 21: Forty-one teams of artists will present works and projects under the theme “One Escape at a Time.” With the theme, inspired by the American sitcom “One Day at a Time”(2017–), a remake of the 1970s sitcom of the same title, the bienniale intends to look back on what sociopolitical issues people want to escape from and what utopian worlds they want to escape to through popular culture and social media, according to Yung Ma, the first-ever foreign artistic director for the Mediacity Biennale. More than half of the participating artists, including Seoul-based Geumhyung Jeong, Manila-based Eisa Jocson and London-based Yuri Pattison, will create new works for the bienniale. 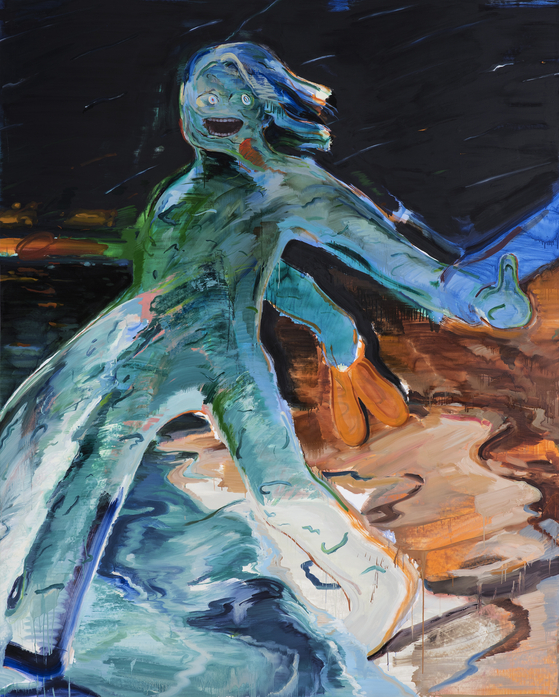 IMA PICKS 2021 : YUN SUKNAM, HONG SEUNG-HYE AND EUNSAE LEE
Ilmin Museum of Art, Seoul
Oct. 1 - Dec. 26: Three important female artists in different generations will hold solo shows together so that viewers can get a glimpse of the contemporary history of female Korean artists. They are Yun Suknam, 81, “the godmother of Korean feminist art,” Hong Seung-hye, 61, and Eunsae Lee, 34. Hong has explored pixelated abstract art both through analogue and digital media. Lee is a fast-rising artist with her colorful paintings of bold strokes hovering between expressionist art and cartoons dealing with social issues.


PARK CHAN-WOOK
Kukje Gallery Busan
October: The solo show of film director Park Chan-wook, world-famous for his Cannes-winning film “Oldboy”(2003) and Bafta-winning “Handmaiden” (2018), sheds light on his aspect as photographer. “Park’s passion for photography has often been highlighted [...] but the show at Kukje Gallery will be the first devoted exclusively to a survey of his work in print media,” the galley said. His photos on view capture overlooked or abandoned objects within religious sites, urban alleyways, museums, and his own film sets.


AI WEIWEI
MMCA Seoul
October - February 2022: The retrospective of Ai Weiwei, 63, one of the world’s most influential artists, will introduce the Chinese artist's iconic works about sociopolitical issues. The works to be on view include “Coronation”(2020), a film that depicts the situation of Wuhan City following its shutdown in 2020 due to the Covid-19 pandemic, and “Omni” (2019), his first-ever virtual reality video, which immerse viewers into the situations of both animals and human migrants that lost their homes due to environmental destruction and wars. Moreover, a new site-specific work that deals with the issues of 2021 will be installed in the museum’s yard.


PARK SOOKEUN
MMCA Deoksu Palace, Seoul
November – March, 2022: The retrospective of Park Sookeun (1914-1965), one of Korea’s most beloved modern artists, will feature about 100 of his paintings, whose colors remind viewers of soil and whose unique textures have the feel of granite, the main material used for traditional Korean stone art. In this style, he truthfully depicted ordinary people’s everyday lives in the most painful periods of Korean history, including the 1950-53 Korean War. The exhibition will explore not only the aesthetics of Park’s paintings but also the spatial and social backgrounds behind them and the people who inspired the artist, with related data.