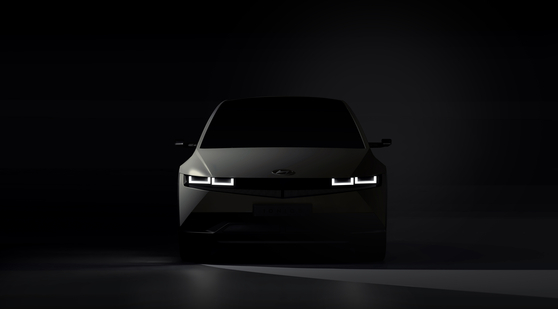 Hyundai Motor teased the image of Ioniq 5 on Wednesday which will be the first model to be manufactured with its electric vehicle-dedicated platform. [HYUNDAI MOTOR]

Hyundai Motor Group has suspended development of diesel engines in the latest step of its shift toward zero emission vehicles.

Gasoline engines, on the other hand, will continue to be developed as they are an essential part of hybrid and plug-in hybrid vehicles.

Hyundai Motor’s latest move is in line with other global carmakers which have already revealed plans to suspend diesel engine development as well as sales amid tightening regulations on nitrogen oxide-emitting vehicles.

Volvo, one of the first carmakers to do so, announced in 2017 that it would stop developing diesel engines. Volkswagen said in 2018 that it would stop developing all internal combustion engines after 2026. Fiat Chrysler, which owns Jeep, Chrysler and Maserati, among others, will also reportedly phase out diesel engines from passenger cars by 2022.

Hyundai Motor aims to account for eight to 10 percent of the world’s electric vehicle (EV) market by 2040. It is expected to launch the Ioniq 5, the first EV to be manufactured with its EV-dedicated E-GMP platform, in the first quarter of this year.