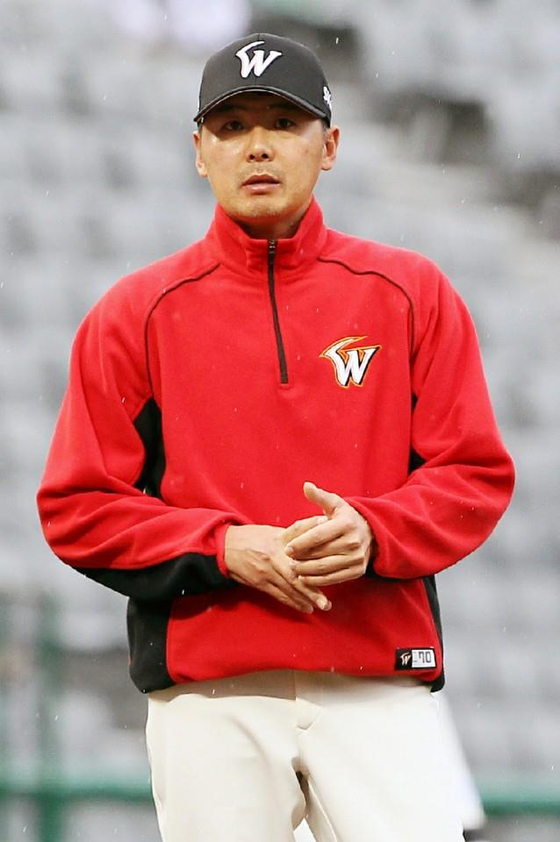 
There been few seasons more difficult for the SK Wyverns than 2020.

The Wyverns, in recent years one of the top teams in the KBO, fell apart in 2020, finishing in ninth place with 51 wins, one tie and 92 losses.

But it wasn’t only on the field that the Wyverns’ struggled. The Incheon club was struck a particularly harsh blow in the middle of the season when manager Youm Kyoug-youb had to step down due to stress and other health concerns.

With the hope of turning things around this year, the Wyverns appointed Kim Won-hyung the club's new manager.

“The first few days after I signed the contract, I couldn’t sleep because the word ‘pressure’ was reverberating around my head,” Kim said.

Under pressure might be the right way to describe Kim’s mental state.

The Wyverns have been on a dramatic journey over the last three seasons. In 2018 the Incheon club won the Korean series. A year later they finished second in the regular season, losing out to the Doosan Bears only thanks to the two teams' head-to-head record. Coming into 2020 they should have been the team to be beat, but they ended up sitting at the bottom of the table.

After a disappointing season, the Wyverns decided to bring back a familiar figure at the club. Kim played for the Wyverns from the club's conception until his retirement in 2011, choosing to then return as a coach.

Kim finally decided to move on a few years ago, spending two seasons as a coach with the Lotte Giants before moving to the Doosan Bears for the 2019 and 2020 seasons.


After four years of absence, Kim is back in Incheon as the Wyverns' eighth manager. He signed a two-year contract with the club and will receive 200 million won ($183,000) as a signing bonus and 250 million won in annual salary.

According to a member of the Wyverns’ front office, Kim was appointed because of his depth of understanding of the club’s culture and players.

“Since I’ve spent a long time with just one club, working for other teams also helped a lot,” Kim said. “Before, knowing too much about the SK players was somewhat of an advantage and a disadvantage at the same time. With the new team, I got to meet new players and got to study the details more.”

Along with being able to experience coaching different teams and meeting new players, Kim says that watching the Wyverns from outside the club was a new experience.

“While I was fulfilling my duty with the other teams, I still thought of SK as the team that I want to and have to return to one day,” Kim said. “That’s how much affection I have [for the club]. But during the games, it was really hard to watch when they struggled to show their strengths by losing balance in both pitching and batting.”

Now that Kim is back with the Wyverns, he has to find a way to help the team recover from a harrowing season.

“To be honest, I had a lot of concerns and thoughts going around my head until I met the players,” Kim said. “But by leading the end-of-season training in November last year, I got to meet them and train with them. Having done so, I thought that we might be able to make a comeback if I communicate with them well.”

Kim already has an idea of what his roster will look like for the 2021 season. He’s chosen his four starters and is only looking for a fifth.

As for the closer, Kim chose Seo Jin-yong, who finished second in holds for the league back in the 2019 season. Throughout spring training, Kim said his task is to find a reliable setup man.

“I’m thankful to the [club’s] front office for signing him,” Kim said. “And I’m also thankful to Choi Joo-hwan for deciding to join SK.”

In terms of outfield, Han Dong-min is the only player who is guaranteed a spot. The remaining two spots will be earned through competition.

“My role is to suggest the right path for our team to win, but the players are the ones actually playing baseball,” Kim said. “To perform at their best, they need to prepare and train well. That’s my motto and advice. Even in training, [players have to] do everything right, like they would do in actual games. That’ll give them confidence, which will lead them to another great achievement. I hope the players prepare well and this season they can see the results of their hard work.”