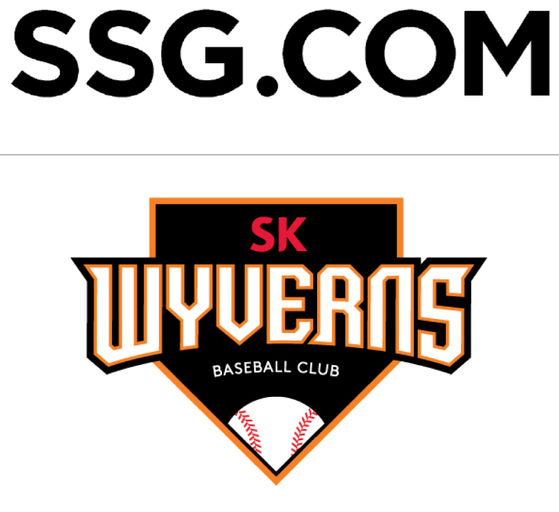 Shinsegae and Emart may not be planning to rename the newly purchased SK Wyverns after either of their brand names, but instead after the group's e-commerce platform SSG.com.

According to local media reports citing anonymous sources at Shinsegae, the group is planning to name the team after SSG.com rather than Emart or Shinsegae, apparently to boost awareness of the relatively new brand.

According to a Shinsegae spokesperson, who said that the company still does not have an official decision on how to name the team, the SSG.com rumor most likely stems from an Instagram post by the group's vice chairman, which showed golf balls and a diary branded with the SSG logo.

Although written as SSG, Shinsegae refers to the brand as if it is a word — sseug, pronounced with a soft "G" more like sseuk. In fact, the Korean logo for the e-commerce brand is the word sseug, rather than SSG.

If Shinsegae chose to go with this branding for the as yet unnamed baseball club, it could come with some unfortunate connotations. The word "sseug" sounds fairly similar to the English word "suck," certainly similar enough that it could cause some misunderstandings with international fans or provide ample opportunity for mocking.

The "suck Wyverns," for example, isn't exactly a brand that any team wants to be associated with.

A Shinsegae spokesperson declined to comment on the potential for misunderstanding, saying only that SSG can be read as the three letters, not as a word.

Despite the rumors, neither Shinsegae nor Emart have officially announced the name of the new team and it is unclear which brand they will use or whether they will choose to keep the Wyverns name at all. As well as Shinsegae, Emart and SSG, the conglomerate has plenty of other retail brands that it could choose to name the team after, including Emart Traders, NoBrand, Howdy and Starfield.