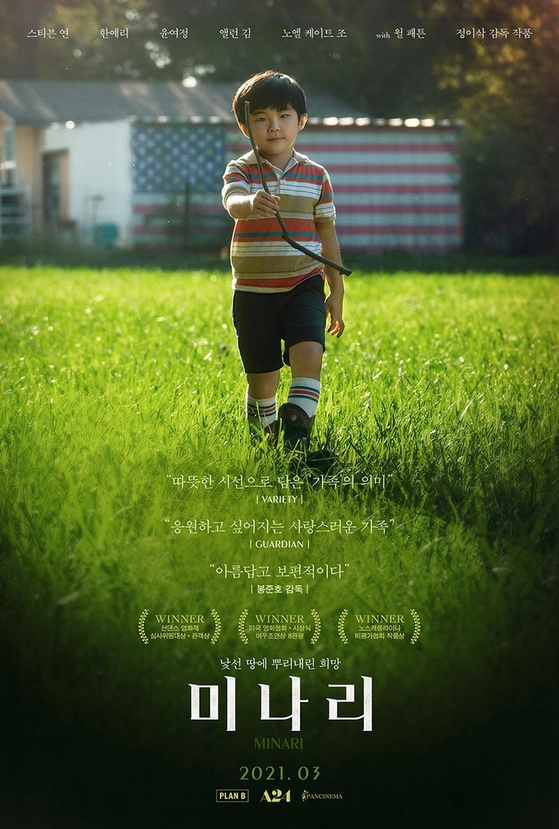 ″Minari″ is set to arrive in local theaters this March. [PAN CINEMA]

Written and directed by Korean-American filmmaker Lee Isaac Chung, the film is based on Lee’s own childhood and tells the tale of a family of Korean immigrants coming to settle in Arkansas, America, in the 1980s in hopes of a better life.

Actor Yoon Yuh-jung, who portrays the grandmother Soonja, has received a total of 11 awards as Best Supporting Actress from various global film associations. Anticipation is riding high in Korea that Yoon could become the first Korean actor to receive an Academy Award.

Director Lee, who debuted through low-budget film “Munyurangabo” in 2007, won the Grand Prize at the American Film Institute Festival that year and the film premiered in the Un Certain Regard section at the 60th Cannes Film Festival. Lee is again receiving global accolades through his latest film, which has received a total of 31 wins and 74 nominations from global film associations so far.