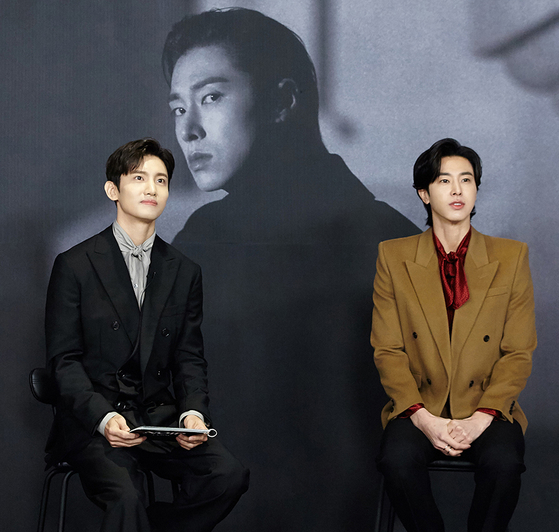 
U-Know Yunho, half of duo TVXQ, said he's excited to release his second solo album "Noir" during an online press conference on Monday.

“Since I have prepared for this album for a long time, I really want the public to listen to the songs,” the singer said. “I’m excited and also nervous.”

The other half of TVXQ, Max Changmin, showed his support for his bandmate by emceeing the event introducing the album. He said Yunho put everything he has into the album including his DNA.

Yunho took part in planning and producing "Noir." His previous solo album, “True Colors,” expressed all the emotions people feel in life in different colors, but this time he wanted to show the ups and downs in a life in different shades of black.

“As I start new things with my heart beating and curiosity, I try to do my best. To achieve my goals, I try not to fear new challenges and work on the areas in which I lack."

In the album, a total of six songs are put together including “La Rosa,” “Time Machine,” “Loco (House Party),” “Need You Right Now,” “Eeny Meeny” and “Thank You.”

Prior to the album's release at 6 p.m., Yunho will meet with fans online in “Sneak Peek: Noir By U-KNOW” on Naver V Live channel SMTOWN from 5 p.m.