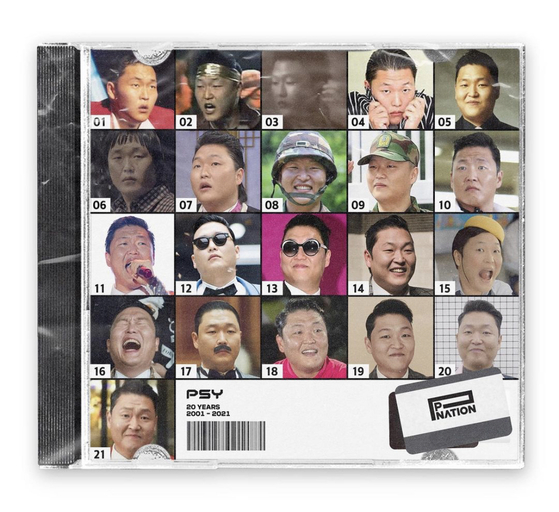 A post on singer Psy's social media celebrating his 20 years in the entertainment industry. [SCREEN CAPTURE]


Singer Psy is celebrating 20 years in the entertainment industry on Monday.

His agency P Nation posted a video and photos on its social media to celebrate his debut on Jan. 18, 2001. The video shows his accomplishments over the past 20 years with photos and videos of him performing.

Psy also uploaded a different video to recap his past two decades as a singer.

Psy had his big break in 2012 with his hit song "Gangnam Style," which became a global sensation.

The song reached the No. 2 spot on Billboard’s single chart “Hot 100” and spawned many other records with ever-increasing views of his music video on YouTube.

Since then he has released songs such as “Gentleman” and “Hangover.” but none have seen the same success as “Gangnam Style.”

The singer last released an album, his eighth, in 2017. He now focuses on fostering new talents at his agency which he manages, like rapper Jessi and singer-songwriter Hyuna.

Suzy to appear in music video for Psy's "Celeb"