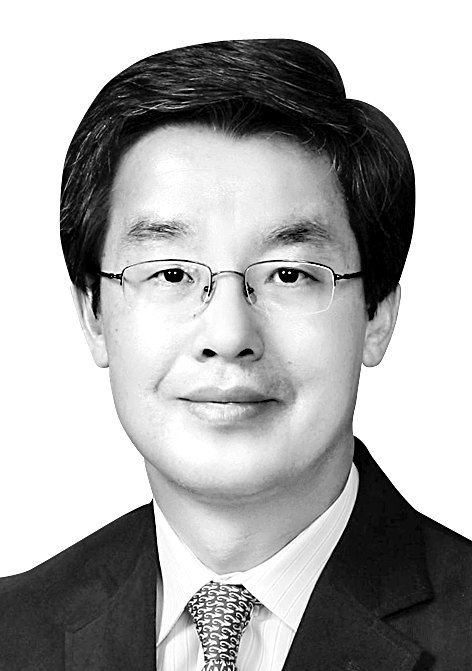 Park Cheol-hee
The author is a professor of Japanese politics at the Graduate School of International Studies and director of the Institute of International Affairs at the Seoul National University.


Tensions between Korea and Japan reached a new peak after a Korean court’s ruling on Jan. 8 that Japan must pay compensation to Korean victims of wartime sexual slavery. At the end of last year, National Intelligence Service Director Park Jie-won and Rep. Kim Jin-pyo visited Japan to find a breakthrough in the strained ties, but the reconciliatory mood has disappeared. As North Korea’s nuclear threats have grown, while the U.S.-China conflict continues, Joe Biden’s new administration will inevitably demand its two major allies in Northeast Asia — Korea and Japan — to improve their ties. And yet, the Seoul-Tokyo relations are worsening again.

As the accused was Japan in the court’s ruling for compensation, it is different from the 2018 Supreme Court ruling that Japanese companies must compensate their wartime forced laborers. As the 2015 agreement on the settlement of the sex slave issues between Seoul and Tokyo’s foreign ministries been have effectively voided, the Korean judiciary has demanded Tokyo pay compensation. The comfort women issue has gone back to the square one. While diplomacy offers some room for negotiation and compromise, a court ruling has no room for any discretion. As a result, the impact on the bilateral relations is destined to be serious.

Sexual slavery victims have long demanded that Japan offer an official apology and take legal responsibility. As the court has made clear the second demand, it carries a symbolic significance at home. But it is unclear if it is effective in the international community. First, the court rejected Japan’s argument of state immunity, as the comfort women issue is a matter of international human rights. That position can be debatable under international law. Japan still insists on the argument of state immunity.

Second, it is doutbful the court’s ruling can be implemented effectively. If the victims try to seize the Japanese government’s assets in Korea, it will likely be stopped by international law and the principle of state immunity. If the Japanese government’s assets in Korea are sold off, we will also have to suffer losses based on the rule of reciprocity. That will ultimately shake the basis of diplomatic relations.

Third, Japan already paid money from the government budget after the 2015 agreement, and the money was already delivered to some of the victims through the Reconciliation and Healing Foundation during the Park Geun-hye administration. (Of the 47 former sex slaves, 35 received compensations). But the Moon Jae-in administration dismantled the foundation, arguing it did not serve victim rights. As the Japanese government was held legally accountable to pay compensation after Korea reversed the comfort women agreement, the diplomatic repercussion will inevitably be great.

Fourth, it is unclear whether the Korean court’s judgement will be upheld in the International Court of Justice (ICJ), as we saw in a 2012 court battle between Germany and Italy. Germany successfully challenged the Italian lawsuits which denied Germany’s sovereign immunity over World War II forced labor claims, and won the ICJ case. In the arena of international laws where the decisions often rendered in favor of stronger countries, it is unclear if the Korean court’s ruling will be upheld.

What will be the way to prevent fundamental damage to the Korea-Japan relations? First, the finalization of the recent ruling can be delayed. A possibility should be left open so that an appellate court will make a different ruling. To this end, the Japanese government must appeal the recent ruling.

Second, Korea and Japan can start an international arbitration process according to the Article 3 of the 1965 Claims Settlement Agreement between the two countries. Since there is no proper way to enforce the court ruling, they can accept it as a dispute and arrange an arbitration process to find a solution.

Third, it is not impossible to use the 5.6 billion won ($5 million) leftover from the Reconciliation and Healing Foundation to pay compensation to the comfort women. But in that case, Seoul and Tokyo must start a diplomatic negotiation again.

Fourth, the Japanese government can offer a heartfelt apology and the victims can withdraw the suit. That is only possible when both sides are willing to make concessions.

Five, Korea and Japan can try to strike a big deal. They can put all issues — such as comfort women, forced laborers, economic retaliations and North Korea — on the table and make a political agreement and implement it to restore their ties.

It is only possible when leaders of the two countries have political determination. But none of those possible solutions are easy.