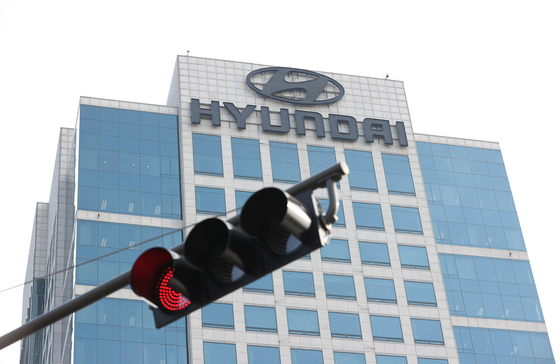 Banking on the automaker's future mobility business and new cars, local analysts are drawing a rosy picture for Hyundai Motor’s earnings in the 2021 fiscal year.

Local brokerages on Tuesday projected Hyundai Motor’s operating profit this year to hit 6.63 trillion won ($6 billion), up 132.6 percent from the forecast laid out for last year's earnings. If that turns out to be true, it will be the automaker's highest operating profit since 2014, when it recorded 7.5 trillion won.

Its sales forecast stood at 115.3 trillion won, up 10.8 percent from the previous year’s forecast.

Kia is also expected to post 3.9 trillion won in operating profit for 2021, which is up 116.6 percent from the previous year’s forecast.

Aside from the base effect derived from the poor auto market in 2020 due to the Covid-19 pandemic, analysts were optimistic about the Korean automakers’ business in 2021 as new models, a major share of which will have an electric powertrain, are expected to launch.

“Although deliveries of cars shrank by 10.4 percent in 2020 due to the coronavirus, Hyundai Motor’s earnings were robust, excluding the provisioning of 2.1 trillion won reflected in the financial statement due to Theta 2 gasoline engine recalls,” said Kwon Soon-woo, analyst from SK Securities.

“New models as well as scheduled shipments of existing models to overseas market in 2021 will boost Hyundai Motor’s deliveries of cars by 16.9 percent this year.”

The company reported an operating loss of 314 billion won in the third quarter of 2020 after reflecting the recall expense of 2.1 trillion won.

Hyundai Motor is scheduled to launch the all-electric Ioniq 5 in February as well as high-performance versions of its Avante sedan and Kona SUV, known as N Line models, in Korea this year.

“Back in 2014, Korea’s auto market was going through a quantitative growth," said Kim Jin-woo, an analyst from Korea Investment & Securities. “Now, the expectation is derived from the qualitative growth of Korea's auto market, which Hyundai Motor is leading.”

Brokerage houses forecast the company will post 2.9 trillion won in operating profit for 2020.

Reflecting the expectations, shares of Hyundai Motor and its affiliates were bullish on Tuesday.