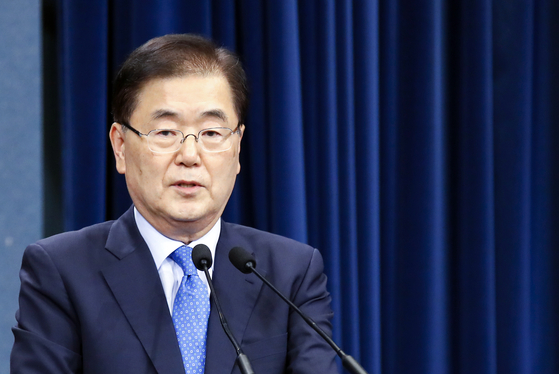 Chung, a former career diplomat, served as Moon’s first director of the National Security Office from May 2017 till July 2020. After leaving the post, he has been serving as Moon’s special adviser on foreign affairs and national security.

The Blue House said Moon selected Chung as the new foreign minister for his in-depth understanding of and insight into foreign affairs and national security.

“He is the veteran who dedicated his life to the field of foreign affairs and national security,” Chung Man-ho, presidential senior secretary for public affairs, said. “While serving as the Moon administration’s national security director for three years, he coordinated all issues between Korea and the United States and was most deeply involved in the North-U.S. negotiations and major policies to denuclearize the Korean Peninsula.” 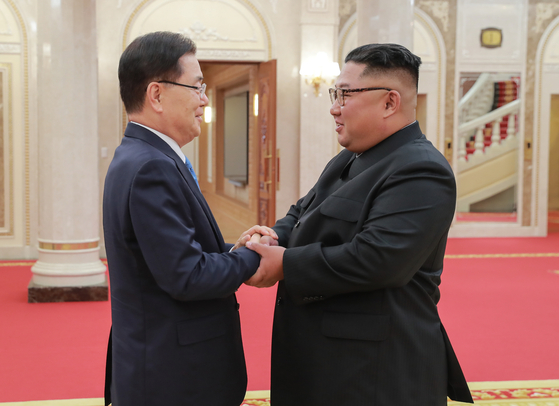 Hwang is a two-term lawmaker with strengths in policy planning and communication, Chung said.

Kwon is also a two-term lawmaker and is dedicated to issues concerning small- and medium-sized companies and start-ups, Chung said.

Kwon will be replacing Park Young-sun, a former four-term lawmaker who served in the post since April 2019. Park is expected to run in the DP’s primary for the Seoul mayoral by-election.