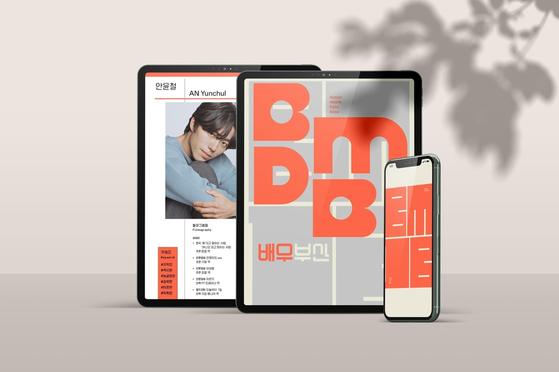 The e-book containing profiles of 113 actors from Busan was released on Thursday by the Busan Film Commission. [BFC]


The Busan Film Commission released an e-book consisting of the profiles of 113 actors from Busan, the commission reported on Thursday.

The e-book was created as part of an initiative of the film networking platform Busan Movie Data Base (BMDB) in hopes of assisting production staff cast adequate actors in their projects.

Categorized under “Discovery” and “Rediscovery” based on the length of their careers, the e-book contains the actors’ profiles, filmographies, keywords and their social media accounts.

Sixty of the actors took new headshots for the project.

They were picked by CEO Yoon Shin-ae of the in-house production company Studio 329 behind Netflix original series “Extracurricular” and CEO Baek Jin-dong of Brother Pictures who took the helm of KBS drama series “Iris” (2009) and “Night of the Undead” (2020).