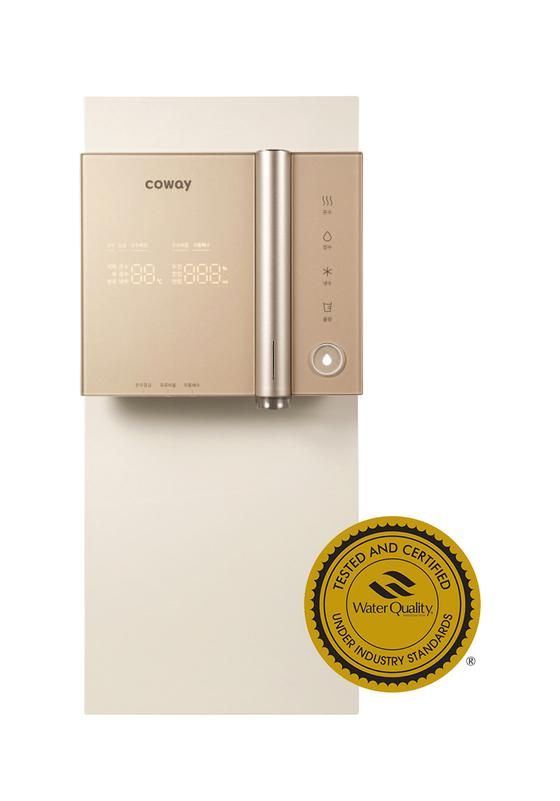 Coway’s water purifier is defining the standard of “safe water” with its multiple certifications from various domestic and international institutions.

One thing the current pandemic brought attention to is the importance of sterilizing and disinfecting everything we touch and consume. With that in mind, Coway is catching everyone’s attention with its cutting-edge water purifiers and its impressive list of official sanitary certifications.

For water purifiers to be sold in the domestic market, they are required by law to receive the Korea Certification mark to ensure their water purification capacity. Coway went one step further with its water purifiers armed with RO Membrane Filters and Nanotrap Filters, receiving certifications for filtering 30 and 45 different adulterants on each filter respectively.

Coway does not discriminate when it comes to whether unwelcome matters in water are organic or inorganic. Following public fear of bacterial infection, Coway’s Ciroo (Coway Intensive Reserve Osmosis) Direct Water Purifier recently received the NSF P231 certification from WQA, ensuring the effective elimination of micro-organisms and bacteria alike. Again, by acquiring this certification, Coway became the only domestic company to do so.

“Acquiring WQA certifications is our way of earning trust from our customers. We aim to make sure customers easily access potable water via constant research and development,” said an official from Coway.

Coway to show off home appliances at CES 2022