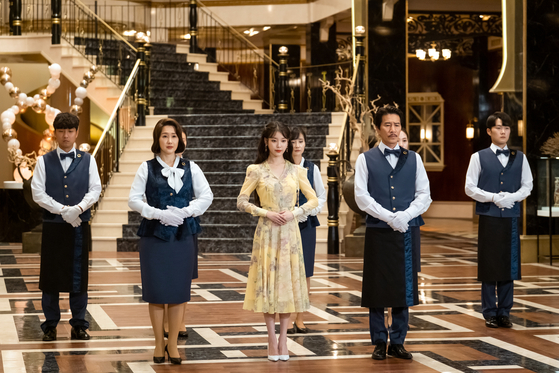 Starring popular singer-actor Lee Ji-eun, better known as IU, and Yeo Jin-goo, “Hotel Del Luna” is set in an outlandish hotel where the owner and manager accept guests — but they are all ghosts who roam around the human realm because of issues left unresolved from when they were living.

According to Showplay, the original storyline will be transferred to the stage, allowing fans of the drama to enjoy the musical version of the story as well.

Last year, the drama made headlines for its U.S. remake when CJ ENM subsidiary Studio Dragon formed a partnership with Hollywood company Skydance Media to jointly plan and produce the American version of the drama series.

The American series will be scripted by Alison Schapker, who was in charge of the overall production of the “Altered Carbon" (2018). The original script was written by the Hong sisters, Hong Jung-eun and Hong Mi-ran, the writers behind popular SBS drama series “My Girlfriend is a Gumiho” (2010) and “The Master’s Sun” (2013).