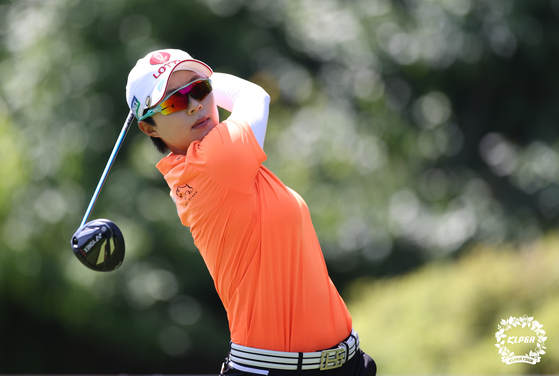 
The KLPGA's OKSavingsBank Se Ri Pak Invitational will kick off at Sejong Silkriver in Sejong, Cheongju on Friday.

The event was canceled last year due to the Covid-19 pandemic and returns this year with a fresh start at Sejong Silkriver Country Club.

As the name suggests, the event was created in honor of Pak Se-ri, the LPGA Hall-of-Famer that put Korean women's golf on the map.

Pak, the winningest Korean in LPGA history, has long been the face of Korean golf. Women's golf started to grow popular in Korea in 1998, when Pak pulled off a wire-to-wire win at the LPGA Championship as a 20-year-old rookie. Two months later, she went on to win the U.S. Women’s Open to become the first-ever Asian to win a major.

Pak piled up 25 LPGA titles over the next decade.

At the 2016 Rio Olympics, Pak coached the women’s golf team, helping Park In-bee to win the first ever gold medal in women's golf. Five years later she returned for the 2020 Tokyo Olympics to coach Ko Jin-young, Park In-bee, Kim Sei-young and Kim Hyo-joo through that tournament.

Kim Hyo-joo has mentioned multiple times that she is a big fan of Pak and looks up to her as a professional golfer herself.

Kim Hyo-joo is staying in Korea to compete in the Se Ri Pak Invitational after playing the KB Financial Group Star Championship that took place from Sept. 9 to 12 at Blackstone Golf Club in Icheon, Gyeonggi. Kim finished sixth in that tournament.

Jang Ha-na, the winner of the KB Championship, will also join Kim Hyo-joo on the course looking for a back-to-back victory and to repeat her 2013 success, when she won the event.

The main sponsor OK Savings Bank runs a "Se-ri kids" scholarship for middle school and high school student golfers alongside the tournament. Students who receive the $20-thousand scholarship will also get a chance to compete at the Se-ri Pak Invitational.

The scholarship started in 2015 and has fostered multiple successful golfers like Park Hyun-kyung and Lim Hee-jeong, who were in the second group of golfers to receive the funding. They have since become two of the best golfers on the KLPGA Tour.

This season, Park Hyun-kyung and Lim each have one title each to their names. Park won the CreaS F&C The 43rd KLPGA Championship in April and Lim defended her HighOne Resort Ladies Open title in August.

The Se Ri Pak Invitational will be played as a three-day, 54 hole stroke play with a competitive field of 120 players including defending champion Cho A-yean.