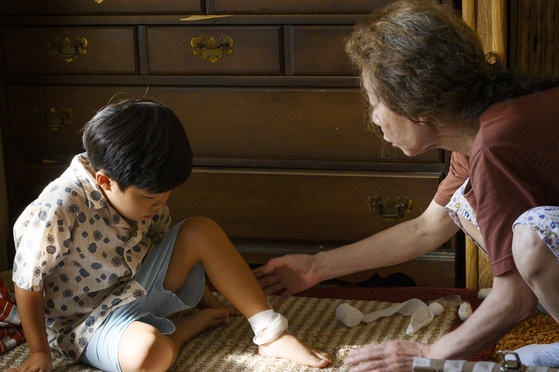 A scene from the film "Minari." [JOONGANG ILBO]

It marks the second award the film has picked up for its ensemble after winning the Ensemble Cast Spotlight Award at the Middleburg Film Festival last year.

Based on director Chung’s personal life, “Minari” tells the story of a Korean-American family trying to settle in rural Arkansas in the 1980s. The film has won more than 60 accolades so far.

The movie sparked controversy in December when the Golden Globe Awards categorized it as a foreign language film. Although most of the dialogue in “Minari” is in Korean, the film was produced by American production company Plan B Entertainment, owned by actor Brad Pitt.

Despite backlash, “Minari” will still compete in the Best Foreign Language Film category at the Golden Globes set for Feb. 28.