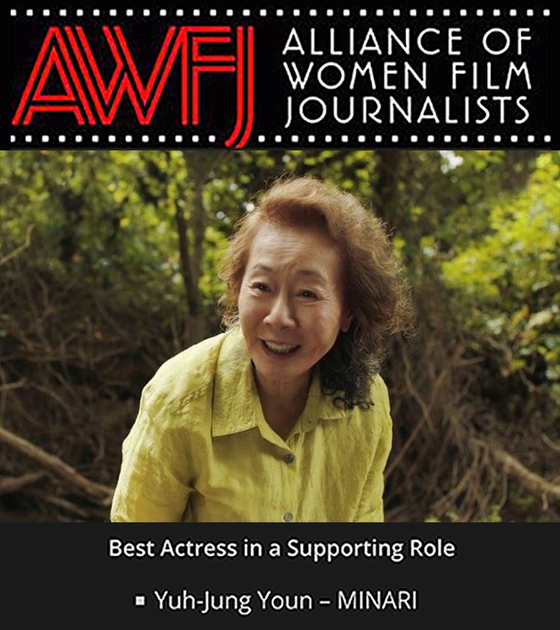 The Alliance of Women Film Journalists awarded Best Actress in a Supporting Role to actor Youn Yuh-jung for her role in "Minari." [PAN CINEMAS]

“Minari” by director Lee Isaac Chung continues to be recognized by U.S. film associations, winning a total of 22 awards and garnering 57 nominations so far, according to local film distributor Pan Cinemas on Tuesday.

Many film industry experts consider the film to be in with a strong chance of an Oscar nomination. Nominations for the 93rd edition of the awards are set to be announced on March 15 ahead of the ceremony on April 25.