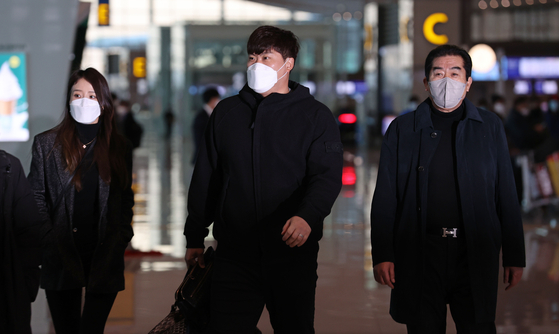 
Toronto Blue Jays' pitcher Ryu Hyun-jin left Korea for the United States on Wednesday morning, about a month prior to the start of the big league club's spring training in Florida.

Ryu headed back to the United States after spending four months at home in Korea. When he arrives in Florida, Ryu will immediately begin receiving personal training, according to his agency A-Spec.


Toronto’s pitchers and catchers will train together in Dunedin, Florida, where the Blue Jays' spring training base is located, from Feb. 18. Ryu is arriving two weeks early to adjust to the time difference and get ready for training.

Ryu is preparing for his second year with the Toronto Blue Jays, having transferred to the major league's only Canadian club at the end of the 2019 season after seven years with the Los Angeles Dodgers. Although the 2020 season was heavily disrupted by the Covid-19 pandemic, Ryu successfully played his role as the team's new ace, ending the shortened 60-game season with a 2.69 ERA with five wins and two losses across 12 starts.

In addition, Ryu was nominated among the final candidates for the American League Cy Young Award, his second consecutive year with a Cy Young nod. 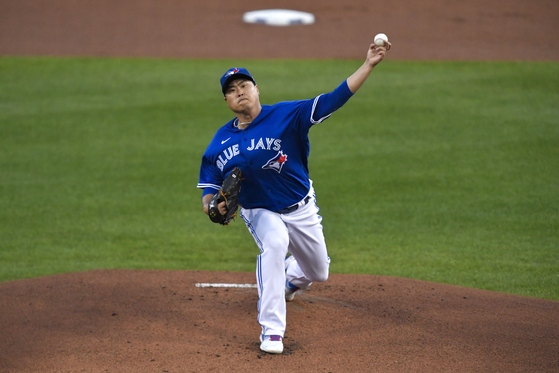 
If everything goes to plan, this year should be Ryu's first full-length season with the Blue Jays. The MLB has announced this year’s regular season schedule, set to begin on April 1. The 162-game regular season is scheduled to end on Oct. 3.

Ryu has been working on his form in preparation for the new season, concentrating on physical strength while training in Korea during the off-season.

Ryu returned to Korea in October last year and spent two weeks in quarantine. After taking some time to catch up with family and friends, Ryu started his personal training in November at a training center in Seoul.

In January, Ryu moved to Seogwipo on Jeju Island to continue training while sports facilities in Seoul were closed due to a spike in coronavirus cases. For two weeks, he built up his strength, focusing on throwing distance and simple pitches. On Jan. 21, the southpaw returned to Seoul and continued weight training.

Ryu generally takes a personal trainer with him to the United States to guide him through his early training. In previous years, he has taken Kim Yong-il, a trainer affiliated with the LG Twins, and Kim Byung-gon, a doctor of sports medicine. This year, Ryu is accompanied by Jang Se-hong, a coach affiliated with the Kia Tigers.

“Ryu faithfully received basic training for two months at the end of last year," Jang said. "From last month, when he started practicing with the ball, he followed the program step by step. Overall, the training went well.”

Ryu has struggled with injuries over the last few years, missing the 2015 season while he had surgery on his shoulder. Ryu has been on and off the injury list with a string of injuries since then, including a groin injury that disrupted his 2018 season. Ryu has managed to stay relatively injury free for the last two seasons.

“We are carefully checking his shoulders, elbows and thighs, and so far, his state is very good," said Jang. "Now we are going through the preparation stage for real matches, and he will be in good shape for games before the 18th when spring training starts."

Ryu's airport departures are normally big media events, with the major league ace laying out his hopes and dreams for the upcoming season. This year, Ryu passed through immigration silently in line with Covid-19 social distancing guidelines.

He did release a statement through his agency, but rather than his goals for the season, Ryu focused on thanking health workers.

“Many quarantine officers and volunteers are struggling with the unexpected extension of the Covid-19 pandemic," Ryu said. "As a citizen, I want to express my thanks.”


“I’d like to repay that support by bringing good results so that people can cheer up a little.”