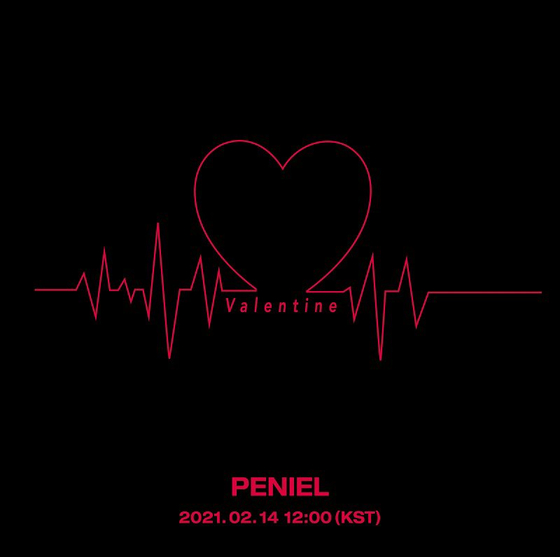 The song was originally only released on music-streaming platform SoundCloud on Valentine’s Day in 2019. Peniel also performed the song during last February’s “Inside,” an online concert by BTOB’s subunit BTOB 4U.

The lyrics of “Valentine” are about friends becoming lovers. Cube Entertainment released the album cover image on Monday, showing an electrocardiogram in the shape of a heart.