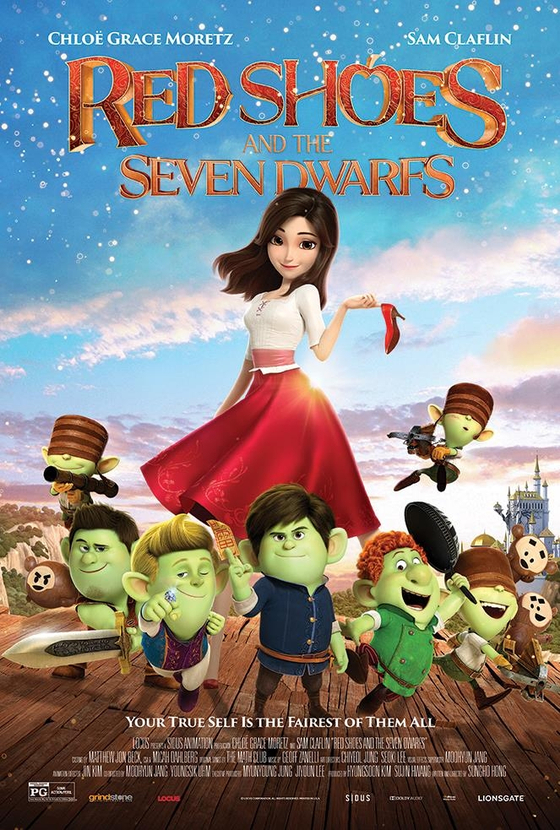 A poster for "Red Shoes and the Seven Dwarfs." [SIDUS ANIMATION]


The Korean animated film “Red Shoes and the Seven Dwarfs” (2019) made it onto a preliminary list of nominations for Best Animated Feature film at the 93rd Academy Awards.

Film production and distribution company Sidus Animation, which produced the movie, announced the news in a press release on Tuesday. It marks the first time for a Korean animated movie to garner an Academy Awards nomination.

“Red Shoes and the Seven Dwarfs” completes the eligibility list of Oscar nominations along with 26 other candidates on the preliminary list such as Pixar’s “Soul” (2020) and DreamWorks Animation’s “Trolls World Tour” (2020). The final list of nominees will be announced on March 15.

The 2021 Academy Awards ceremony is set to take place on April 25.

"It means a lot to be nominated, albeit in the preliminary round, to compete for Best Animated Feature along with 26 other candidates," said Sidus in a statement. "If we keep knocking on the door of the Oscars, I think the day will come sooner or later when we reach the highest level."

“Red Shoes and the Seven Dwarfs” is a 3-D animation film directed by Hong Sung-ho and originally hit Korean theaters in 2019. The film attracted 820,000 viewers domestically and received the President’s Award at the 2019 Korea Content Awards, the highest honor in the animation division.

The movie was sold to 123 countries and topped the box office in Spain. It was released in the United States in September 2020.