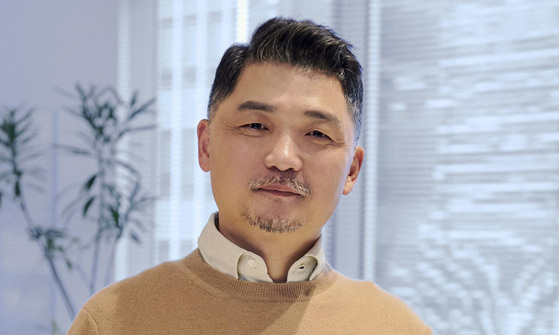 
Kakao founder and Chairman Kim Beom-su, an entrepreneur who turned a four-member start-up into Korea’s largest messaging company, made a point of distinguishing his enterprise from the chaebol and told his employees to beat “an uncharted path.”

Some see his recent decision to donate half of his wealth for solving social problems as reflecting this determination.

Others are not so sure.

Given that the 55-year-old chairman owns about 25 percent of Kakao, directly and indirectly through unlisted K Cube Holdings, his fortune is worth an estimated 10 trillion won ($9.04 billion). That would make the donation worth 5 trillion won.

No Korean business leader has ever given away that much.

The announcement received a positive response, especially from young people who tend to be more attuned to social responsibility. They also have become disenchanted with family shareholders of the chaebol as they grew up watching a number of leaders end up in jail for violating tax laws or trading between companies to enrich themselves at the expense of other shareholders.

“The move is in line with the notion that the value of a corporation can be determined not only by financial results but also by the social value that the company creates,” said a 27-year-old.

“He is giving back to society,” he said.

For another 27-year-old, the pledge was so compelling that she was convinced to buy more shares of Kakao.

“Considering the growth potential and commitment to giving back, I wanted to purchase more Kakao shares,” she said.

The Kakao chairman stayed mum about how the money would be spent, offering only the vaguest of details.

A spokesperson at Kakao said that the chairman has had profound interest in a wide range of big problems.

“He is very conscious about different social and economic issues, ranging from education, the widening gap between the rich and the poor, isolation of those with disadvantageous backgrounds and climate change,” the spokesperson said. “He is trying to initiate discussions with employees instead of deciding on his own.”

Skepticism remains, particularly given the timing of the announcement.

The founder gave 330,000 shares in Kakao worth around 145.2 billion won to his family and other relatives last month. His wife and two children each received 60,000 shares.

It was reported last month that the two children, who are in their 20s, are working at K Cube Holdings, which is wholly-owned by the chairman, raising the possibility that he will pass leadership to the son and daughter. The unit holds an 11.2-percent stake in Kakao.

“It is an unprecedented case that an individual businessman decided to donate 5 trillion won,” said a 28-year-old office worker.

“Still, I wonder if it is to improve the reputation of the company after the controversy surrounding the children and possible transfer of management,” he said. “On one hand, it looks as if he wants to make a clean break from the chabeol, but on the other hand, it comes off as the same old tactic.”

The chairman doubles as the head of Kakao Impact, a foundation that could be the recipient of the funds.

Foundations can be used to maintain control of shares without actual ownership while avoiding gift or inheritance taxes.

But some argue that one should not be overly pessimistic at a time when details have not been revealed.

“The more a company is active in social responsibility programs, the more likely it is for the company to do well financially,” said Professor Hwang Yong-sik from the business administration department at Sejong University.

“I think Kakao opened a new chapter to make more significant decisions in the mid- to long-term.”