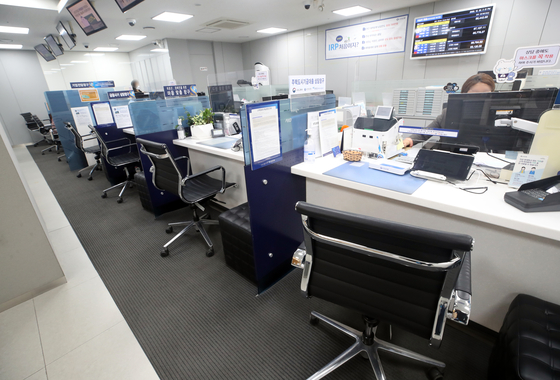 Suspension of loan principal and interest payments for small business and corner shops is being considered by the Financial Services Commission (FSC).

The move comes as the loan and interest repayment suspensions are scheduled to expire at the end of next month. They were already extended once for six months, and it is now likely that another six months will be added.

Borrowings by SMEs and small shops, such as coffee shops and restaurants, is estimated at 125 trillion won.

Prime Minister Chung Sye-kyun while answering inquiries by lawmakers at the National Assembly on Feb.8 said extending the loan suspension for SMEs and small shops was “inevitable,” considering the current Covid-19 situation.

“The extension is being reviewed led by the FSC,” Chung said. “Because it needs the consent of financial institutions, the FSC is closely communicating so that the difficulties our companies are facing wouldn’t be denied.”

Loan and interest repayment suspensions have been strongly supported by the business communities.

According to a survey by the Korea Federation of SMEs last month, 78 percent of the 330 SMEs that participated in the survey were in favor of the extension on the suspension.

The biggest reason behind the suspension was because of Covid-19 hurting business (37.1 percent), while the second biggest reason was the lack of financial ability to pay back the loans or cover interest (35.1 percent).

Eun said among the 405,000 cases in which loan returns are suspended, only 13,000 cases are ones in which the borrowers are not paying interest on the loans.
“Considering the financial industry’s soundness and its profitability, it is a level which [financial companies] could bear,” Eun said.

He said the government will come up with “soft landing” measure that would ease the cost to lenders that have to repay the debt as the current program can’t go on indefinitely.

FSC Vice Chairman Doh Kyu-sang during a government financial risks meeting said the commission will draw up a soft landing exit measures that will not “take away the umbrella when it rains.”